Over the course of six nights at The North Door in Austin, TX, we read all 448-pages of the Mueller Report, complete with interactive slides (scroll down to download) and celebrity guests.

One outcome of this project is that the organizers who participated are very familiar with the contents of the report. Here is what they had to say:

“Mostly I learned that everyone connected to the trump campaign and admin only cares about how their position can help themselves. Not a one cares about democracy, the constitution, or the situation of US citizens.”

“Mueller laid a road map for congress to impeach.”

“Easier to read and understand than I thought it would be”

Here are some quotes from our elected leaders in response to the multiple assassination attempts on prominent Trump critics. 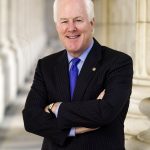 “These are some of the same people who encourage their own partisans to incivility and to confrontation and to encourage the mob that we saw during the Kavanaugh hearings.” —Fox News 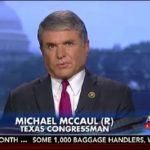 “While free speech is a right, we also have a moral responsibility to use that speech in a thoughtful and civil way. It is incumbent upon all Americans — regardless of political party — to raise the quality of our debates.” —Homeland Security Committee Statement

Rep. Roger Williams said this before the bombing (and no he did not mean Trump):

“We’re all in a position to make real change in this country, but we will never get there when unstable government leaders are harboring violence.” —Dallas Morning News

And after the bombings, in a segment on Glenn Beck’s radio show called “The Left Must Stop Promoting Violence”:

“We all need to dial it down. In my world it started on the baseball field [where Williams and Rep. Steve Scalise were attacked], and I know who started it, and it wasn’t a conservative on the Republican side.”

(For what it’s worth, Indivisible groups in TX25 sent flowers to the Williams staffer who was injured in the shooting.)

The debate over Net Neutrality can sound like a “first world problem” compared to life-or-death issues like DACA and healthcare.

Here’s are two reasons why it matters:

All five Austin-area GOP reps also oppose Net Neutrality, with varying degrees of fervor. (Back in March, all five also voted to allow ISPs to sell your private data.)

On December 14, the FCC is scheduled to make a final decision on Net Neutrality. There are two ways for you to make your voices heard:

Net Neutrality is a safeguard against autocracy. If we lose it, our Democracy suffers.

*Technically, this could work the other way, with ISPs charging extra for Foxnews.com while giving away MSNBC.com for free. Either way would be wrong. And given how much media consolidation as favored the far right, it’s safe to say who would be more likely to benefit from the repeal of Net Neutrality. 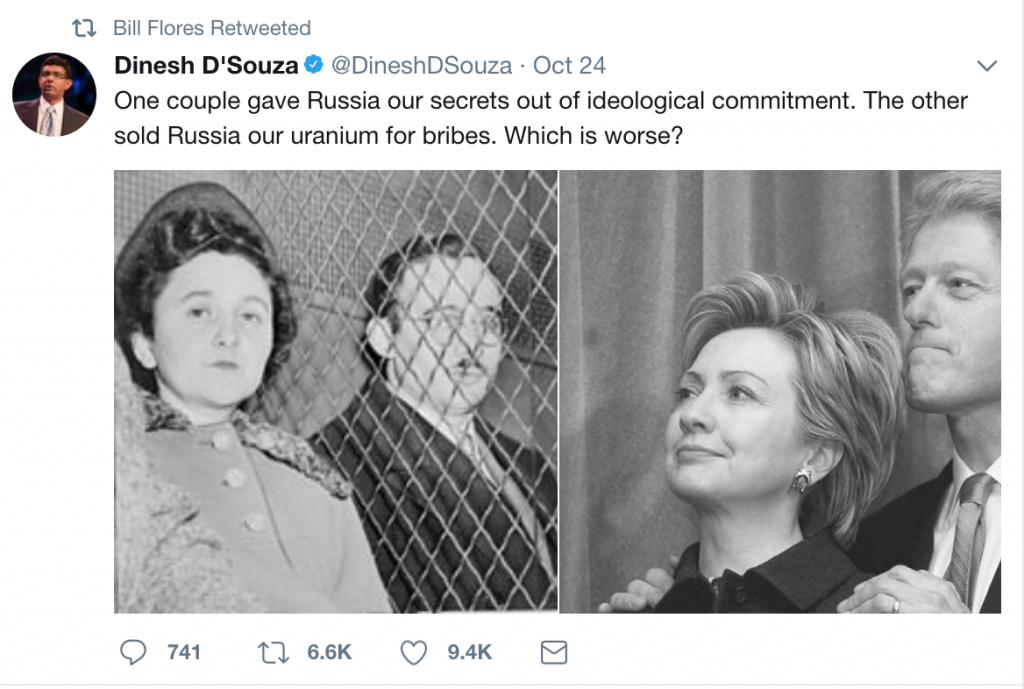 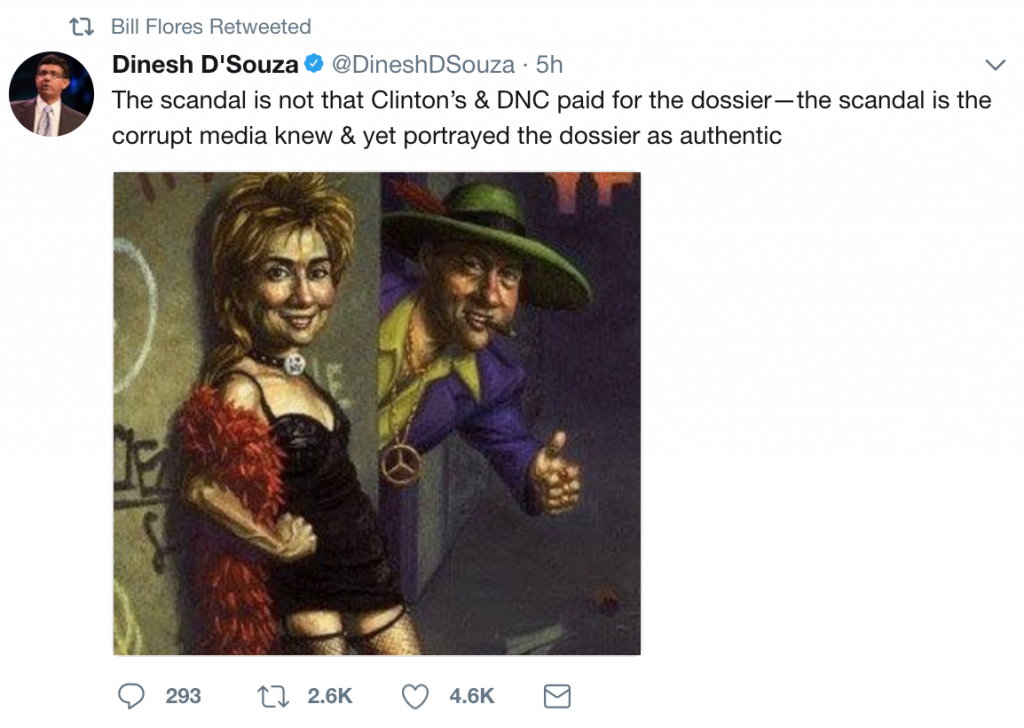 Some weeks are tougher than others, and this was a rough one—between Donny giving companies the right to deny women health care coverage for birth control, to the EPA’s Scott Pruitt rolling back the Obama-era protections of the Clean Power Plan to replace it with his own dirty version and threatening to remove tax incentives for wind and solar power, and of course demented Donald’s latest disgorgements of bile:  trying to circumvent the GOP’s failure to repeal the ACA with an executive order, flouting our First Amendment by threatening to revoke media outlets’ licenses for publishing news he doesn’t like…and the soul-draining childishness of the man-baby-in-chief’s petty feud with Sen. Bob Corker, and GOP lawmakers’ collective cowardly silence in its wake.

But the weird upside of all this awfulness is this: Lately it’s Donny’s own voice making a difference. Don John’s behavior and actions are becoming egregious enough that some of the GOP is beginning to find its spine (and moral compass). Backlash against Donald’s attack on the First Amendment was immediate and bipartisan, including GOP Sen. Ben Sasse’s sharp call-out on Twitter (apparently the new forum of political discourse…sigh). Donald’s attacks against women’s health care have women’s health experts speaking out to refute his premises. His Twitter-tantrum threats to remove aid from Puerto Rico in a crisis “largely of their own making”(while he plays golf yet again) is an attack on and abandonment of more than 3 million Americans drawing broad censure—and his failures as a leader are starkly underscored by five former leaders’ (the five living ex-presidents) banding together to help hurricane victims (of all shades). His undermining a health care system that a majority of Americans now approve of is fueling criticism from states on both sides of the aisle. And his attempts to undermine NAFTA will undoubtedly bring a backlash from the industrial and rural base he so often panders to, who will be most hurt by it. Even Rex Tillerson, after Donald demanded a tenfold increase in nuclear armaments despite decades of policy designed to reduce the nuclear threat worldwide rather than expand it, has realized his boss is a “fucking moron.” (Mensa has kindly offered to host an IQ test to answer the question definitively after Donald tweeted out an “I know you are but what am I” to his secretary of state.) An array of White House insiders report versions of Donny “unraveling” in jaw-droppingly unstable ways.

Meanwhile, the Harvey Weinstein scandal is rocking Hollywood—not only showing conservatives how you handle a sexual predator (by calling it out loudly and publicly, and taking sharp actions against the predator to stop the actions—rather than by defending it and offering it a cable show, or electing it president), but by bringing this rampant sexism and harassment into the light, and showing that women (and James Van Der Beek, one of the disappointingly few courageous men speaking up) will no longer be silent in the face of institutionalized sexual misconduct and abuse. The tide for sanctioning the sexual-predator-in-chief may be turning.

Steps forward are incremental, and not always steady—some weeks it can be hard to see all the progress we are making. But remind yourself of the huge victories the resistance has already won, most decisively stopping every attempt to repeal the ACA, and comfort yourself that Donny’s ratings—sorry, approval numbers—are tanking faster than his loose hold on rationality, even in his rural base, and according to pollster Quinnipiac, 55% of voters believe he is not fit to be president.

Donald’s own actions will wind up bringing him down, as long as we continue holding him and all his defenders in the GOP accountable, and demanding our lawmakers do the same. To that end, on the Russian-investigation front, it’s looking like Bob Mueller is getting close to something that’s making the Donny John camp pretty uncomfortable: Carter Page—Don John’s former campaign manager who got benched after confabbing with Russian diplomat and top spy Sergei Kislyak last year (despite denying speaking with him) and who subsequently met with Putie’s top associates in Russia—has refused to testify before the Senate Intelligence panel in their Russia investigation. You know, like you do when you have something to hide and fear incriminating yourself and perhaps the leader of the free world. Reince Priebus spent an entire day with Mueller’s team, talking about who can only guess what…? Now’s a good time to call your MoCs and ask that they support the two bipartisan bills in Congress proposed to prevent Donald from firing Mueller as he tightens the noose around the man-baby-in-chief’s neck.

You’re not imagining how hard this battle can be—this administration is taking a deep emotional and mental toll on many Americans. But in a glimmer of hope for our collective future in these divided times, 55% of Americans now believe politicians should work more bipartisanly and embrace compromise. (You know, like you do in every single other relationship in your life.)

Hang in there, warriors. If all else fails, Hustler’s Larry Flynt is offering $10 million to anyone who can provide info leading to 45’s impeachment. Really.

We are excited to kick off our new speaker series, “Understanding Autocracy,” with the writer Sarah Kendzior. Get tickets below or on Eventbrite.

Kendzior has been eerily prescient about the Trump administration.

Her essay “We’re heading into dark times. This is how to be your own light in the Age of Trump,” published on November 18, 2016, stands alongside works by Masha Gessen and other experts on authoritarianism as a roadmap for what to expect, and what we can do about it.

Kendzior’s writing appears in The Globe and Mail and many other publications, and she is a frequent guest on NPR, MSNBC, Al Jazeera, CBC News, BBC World Service and other broadcast outlets.

As part of a new series called “Understanding Autocracy,” Indivisible Austin is proud to host an opportunity to hear Sarah Kendzior speak and answer your questions.

Indivisible Austin strives to be a vocal ally for marginalized communities. A portion of proceeds from our Understanding Autocracy speaker series will go toward local organizations working to change systemic injustice and inequity. These are two organizations we are supporting.

Mama Sana Vibrant Woman is a community organization that works to facilitate access to culturally appropriate and quality, prenatal and postnatal care for women of color in Austin and Travis County.