If you’re on Twitter, we’ve set up a tool to easily send tweets with important information about voting and select down-ballot races. Let us know what you think!

Keep the pressure on Cruz and Cornyn to #SaveThePostOffice 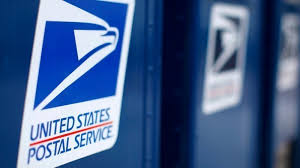 First, read this exclusive interview with William Moody, President of the National Association of Letter Carriers, Local Branch 181—written by our very own Annie Hartnett.

“It was reported to me by the Mail Handlers Union that one flat sorting machine has been removed from the facility and four letter sorting machines have been roped off and are not being used. Each letter sorting machine can sort 30,000 letters/hour. Also, letter carriers are being instructed to leave the office for their route by 8:30 AM each morning whether their mail is complete or not. Also, no second trips if parcels are late and no over time.”

Demand that Cruz and Cornyn #SaveThePostOffice

Read the letter to Greg Abbott from Texas Civil Rights Project, Indivisible Austin, and other groups regarding USPS

Are you registered to vote? Use this simple tool to confirm, update, and register to vote.

Spread the word that Travis County voters can text ‘Register’ to 48683 to be registered to vote. Forms will be *mailed*, with a paid return envelope—sent via USPS, so get started now. October 5 is the deadline to register to vote.

How to vote by mail in Texas

7 p.m. Join us for the monthly Indivisible National Activist Call! All group leaders, group members and other Indivisible activists are welcome.

5 to 8 p.m. at Celebrino Events Center, Georgetown. Mike Gleason is the Democratic candidate running against incumbent Robert Chody—the “Live PD” reality show star whose department is responsible for the death of Javier Ambler. Wilco residents have a chance to vote him out.

The best video of bats upside down looking like they're dancing in a goth nightclub that you will see today.