There’s not much we can add to the discourse on the steadily unraveling Trump administration except to keep telling your reps that you support impeachment. But there is more you can do at the state and local level—which we are eager to share below. 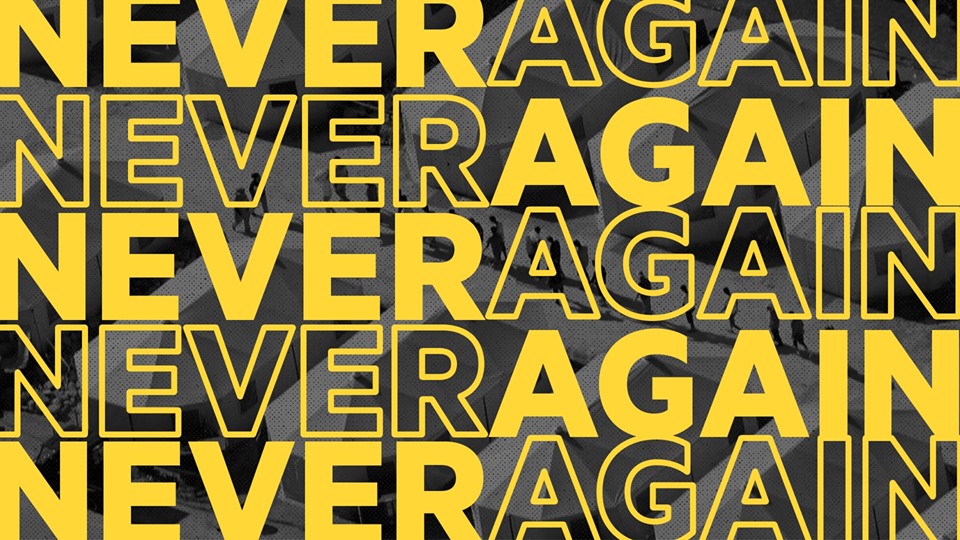 Indivisible Austin supports our Jewish and immigrant sisters and brothers in this demand to close the Hutto concentration camp in our own backyard.

Please consider a gift of $36 to support this urgent moral action and show that we mean #NeverAgainIsNow.

Austin Sanctuary Network is in the middle of their fall fundraiser, and has a big event coming up! Dance for Freedom with Brave Combo will be held at St. Andrew’s Presbyterian Church on Nov. 2 from 7 PM-10 PM. Early Bird Tickets are $20 until Oct. 22, VIP Early Bird Tickets are $50 and include an ASN T-Shirt and special seating.

Buy tickets to “Dance for Freedom” 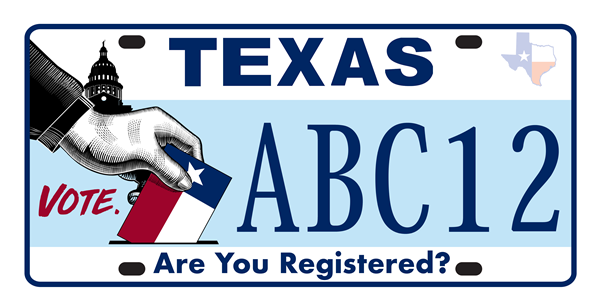 From Rep. Gina Hinajosa: “During the 86th Legislative Session, we passed legislation (HB 1130) to create a specialty “Register to Vote” license plate. Now, we can officially remind others to register to vote while driving around or being stuck in Austin traffic.

Please donate what you can so we can get this license plate out there on the streets and encourage voter participation!

Learn about the Constitutional Amendments on the November 5, 2019 ballot

We have an Election Day this November 5! League of Women Voters of Texas has a nonpartisan guide to the Constitutional Amendments. 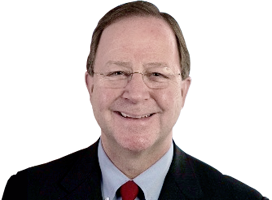 Retiring Rep. Bill Flores (TX17) has nothing to lose. He is in an allegedly “safe” Republican district. He could go quietly to spend more time with his family. He could even, you know, say something mildly critical about the rampant corruption in the Trump White House. Instead he has doubled down on his venality, retweeting conspiracy theorists and generally continuing to be an all-around Trump bootlicker. Why? What’s in it for him? Has Fox News so poisoned his brain that he doesn’t see the ship going down? Meanwhile, he was unusually taciturn about the prospect of fellow Republican Rep. Pete Sessions running for his seat. While we watch this play out within the GOP, Democrat Rick Kennedy must be feeling pretty good.

Rep. Chip Roy has decided to hold a town hall… on a weeknight, two hours away, in a town with fewer than 900 people. It’s about as far from Austin as you can get without jetpacking out of TX21 altogether, which is clearly what Chip wants to do when he lands his eventual Fox News gig. (It’s also the Jewish high holy day of Yom Kippur, so good job excluding folks!)

Drag Out the Vote fundraiser

All proceeds from the party will benefit Drag Out The Vote, a non-partisan, non-profit national campaign that works with drag queens to register voters and get them out to the polls.

Austin Sanctuary Network is in the middle of their Fall fundraiser, and has a big event coming up! Dance for Freedom with Brave Combo will be held at St. Andrew’s Presbyterian Church on Nov. 2 from 7 PM-10 PM. Buy your tickets at https://www.crowdrise.com/dance-for-freedom. Early Bird Tickets are $20 until Oct. 22, VIP Early Bird Tickets are $50 and include an ASN T-Shirt and special seating.

See the proposed constitutional amendments on the ballot