NEW: Check out our video playlist of LIVE readings of the Mueller Report

The board of Indivisible Austin joins with those fighting for the rights of immigrants in condemning the administration’s decision to make it harder for immigrants to become citizens. The final version of the public charge rule, which will go into effect in 60 days, was announced on the heels of the horrific act of domestic terrorism in El Paso perpetrated on the Latino community.

Call Cornyn and Cruz with your support for an emergency session on gun violence prevention.

Script below by Celeste Pewter: 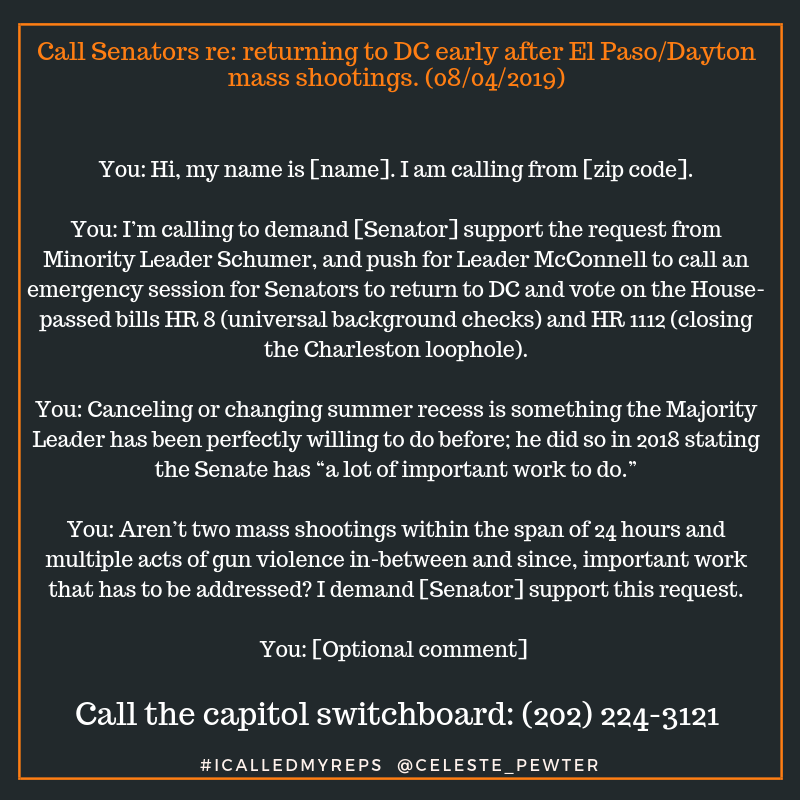 Published in 1959, Eugène Ionesco’s “Rhinoceros” — an absurdist play about the rise of fascism — describes Sen. John Cornyn and other Trump enablers perfectly. One minute they seem like normal human beings, the next they’ve grown horns.

Flipping Cornyn’s senate seat might be our biggest chance to effect change in 2020. If Trump loses the presidency, but we still have Mitch McConnell as Senate Majority Leader, all of the progressive legislation we’ve been fighting for—the Green New Deal, the DREAM Act, bills to protect our health care and reduce gun violence—will die.

We already have solid candidates in the senate race (most recently Jolt Texas founder Cristina Tzintzún Ramirez) and likely more on the way. With 27 weeks until the Texas primary elections, the time to pay attention is now. Donate, amplify, knock doors. Cornyn has a $9 million war chest and a massive head start.

Write Sen. Cornyn and tell him his stance on the climate crisis is a dereliction of duty 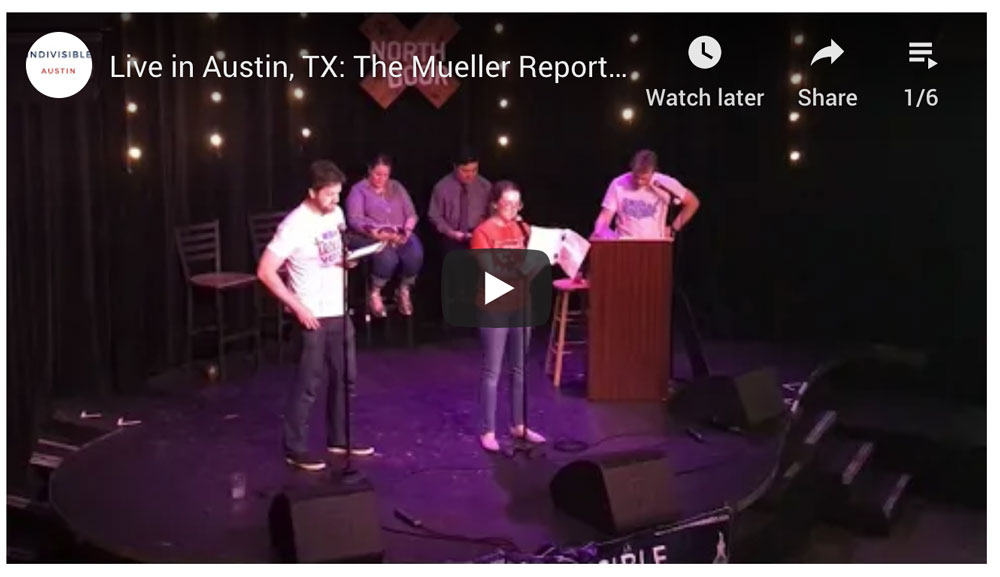 When you hear the phrase “448-page legal document” you might not make an immediate mental leap to “six nights of free interactive entertainment.” But that’s just what our team of volunteers did this summer with the Mueller Report on a series of Sunday nights at North Door Austin. The best part is, all six nights were captured on video. We’re proud to share them for the first time here.

Hosted by NARAL Pro-Choice Texas, Planned Parenthood Texas Votes, The Lilith Fund for Reproductive Equity and others. Together, we have a real opportunity to ensure access to safe abortion care in Austin. But it’s going to take all of us to unite and take action. 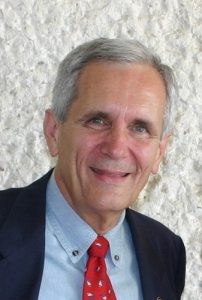 Sometimes doing the right thing isn’t the most popular or cost-effective course of action. One example: Our six nights of live readings of the Mueller Report. Staged in front of small but lively audiences in the dead of summer, we packaged a 448-page legal document—which is critically important for Americans to understand—into 18 hours of free, interactive entertainment. This was a large financial undertaking for us, not to mention the hundreds of volunteer hours spent and the mental toll from learning the depths of corruption of the Trump Administration.

Help us recoup some of these expenses by making a gift today.