Now that the resolution has passed in the House, it’s time to shift our attention to our senators. Cornyn has already stated he will not support this resolution, but he also expressed concern about the precedent this sets. Cruz seems undecided.

So ask Cornyn and Cruz how they feel about the next Democratic president declaring a state of emergency to address actual crises like global warming and gun violence.

Or remind them, as Rep. Veronica Escobar did, that “military families are the ones who will lose out if the senate doesn’t reject this ‘emergency’ declaration. It is the money allocated for building day care and schools for them that will be raided. If senators can’t support the constitution, can they at least support our troops?”

Military families are the ones who will lose out if the senate doesn’t reject this “emergency” declaration. It is the money allocated for building day care and schools for them that will be raided. If senators can’t support the constitution, can they at least support our troops?

Write Cornyn and Cruz a letter about the #FakeEmergency

Keep reading… there’s more where this came from!

Want to lobby at the TXLEGE? Sign up here!

Texas leaders have had six years to expand Medicaid and they aren’t getting it done. So let the people vote!

On Tuesday morning, Rep. Coleman’s Medicaid expansion bill HB 565 will get a hearing! This bill will both expand Medicaid and codify protections of the ACA in state law, including coverage of pre-existing conditions.

If you’ve ever thought, “hey, I want to testify on a health care bill at the #txlege,” this is your chance!

And the bill text

Cover Texas Now has all the resources you could ever want on Medicaid expansion here. You can also use the bullet points above to help shape your testimony.

March on the Capitol for Texas Public Education

Had enough of stagnant pay, overwhelming health-care costs and inadequate funding for our students? Join us for a rally at the Capitol where we intend to be 10,000 strong telling legislators that we are ready to Speak Out! and Stand Together! for public education. 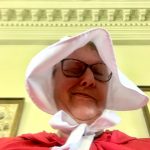 We’re reposting this spotlight on activist Cat Yuracka. Since we last spoke with Cat, she has been bearing witness at child detention facilities, first in Tornillo and now in Homestead, Florida.

The Resistance Choir of South Central Texas was the brainchild of TX21 Indivisibleactivist Cat Yuracka, who in April 2017 pulled together like-minded, “more enthusiastic than talented” activists to partake in the joy of communal singing. Since then, the Choir has brought traditional and contemporary protest songs, songs of social justice and “revolutionary snark” to meetings, marches, rallies, protests, candidate forums, parades, private parties, and one ill-conceived Special Session of the Texas Legislature.

There is a camp on the edge of an Air Force base in south Florida where they take migrant children. They stack them in bunks inside barracks and tents. The boys are dressed in a few different colors. The girls are mostly in pink.

This has been an absolute whirlwind of a week. The morally bankrupt circus that is the Trump administration continues in DC, and we’re helping mobilize people to pressure our representatives to speak out against the unconstitutional, fake border emergency. Here in Texas, we’re fighting on so many fronts at the legislature that we had to send an extra newsletter last week.

With so much going on, won’t you please make a gift now, to help us keep up the pace?

"Just taking our 42 Saint Bernards for a walk" 🐶🐶 pic.twitter.com/y6a6s6ayQf