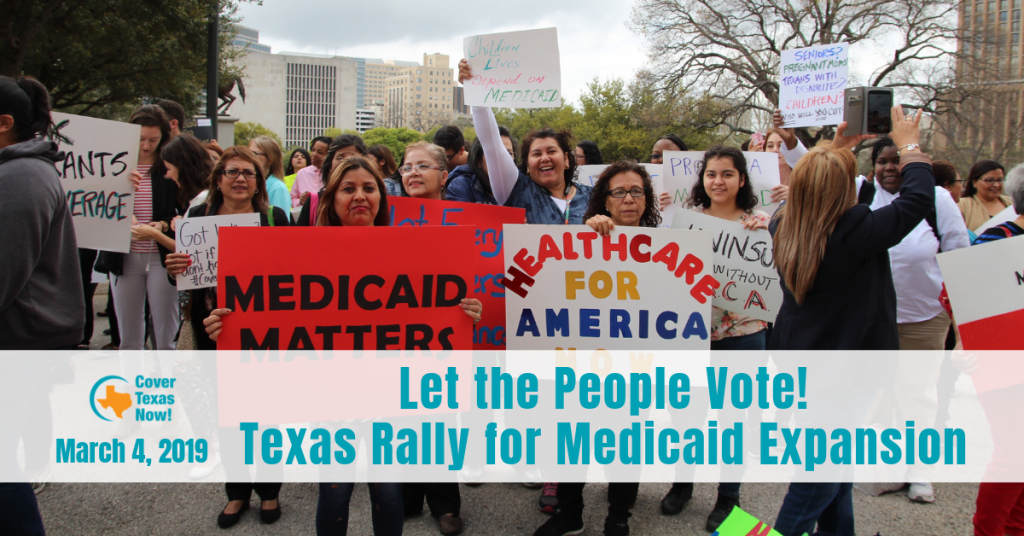 Please join us at Let The People Vote! Texas Rally for Medicaid Expansion on Monday, March 4 at 10 a.m. at the Texas Capitol!

On Monday we’ll deliver a message that Texans are DONE waiting on state leaders who have refused for SIX YEARS to expand Medicaid.

It’s time for state leaders to get out of the way and give Texans the chance to vote on expanding Medicaid.

Why is this important?

We hope to see you on Monday at the Capitol:

SOUTH STEPS OF THE TEXAS CAPITOL