“We, the undersigned Texas organizations, call on you to affirmatively block the confirmation of David Whitley for Texas Secretary of State. In the two months since Governor Greg Abbott appointed Mr. Whitley to serve on December 17, 2018, it has become exceedingly clear that Mr. Whitley is unfit to serve in that office.”

Read the full letter with signatories 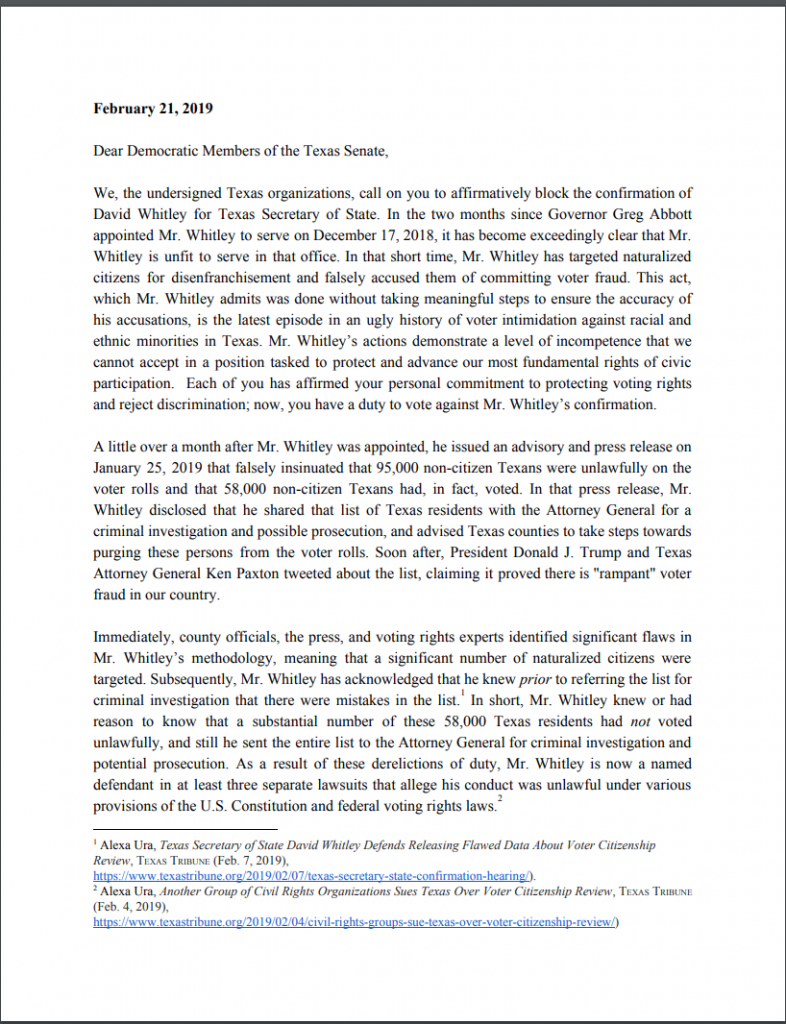 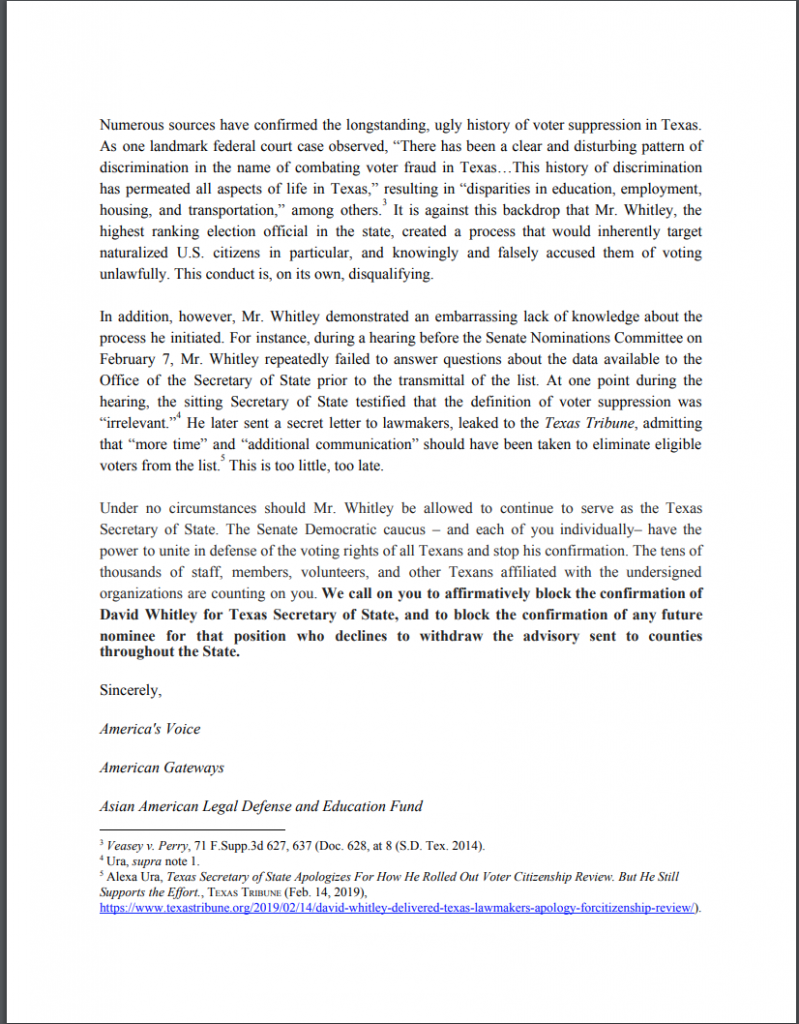