One week to early voting

Early voting starts next week, on October 22. It runs through November 2. This is the culmination of everything you have been fighting over the past two years. In the end, it all comes down to voting.

We have new resources to help you and your less-voting-inclined friends get to the polls:

We have three more weekends of canvassing before Election Day and three more Tuesday night pizza parties. If you haven’t been to any of these, now is the time to sign up!

We’re also getting ready to march to the polls! Sign up to be a march captain.

Early voting is Oct 22 to Nov 2. What’s the best reason to vote early? 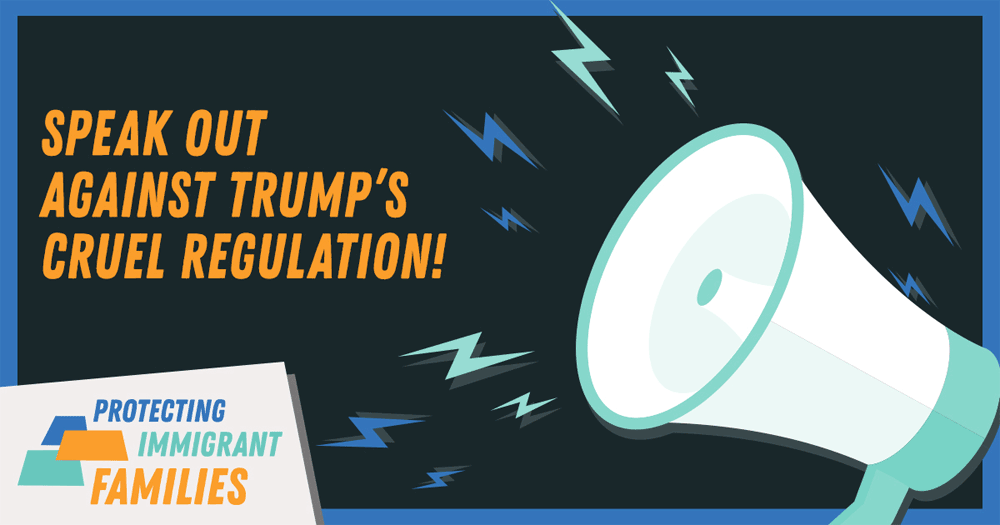 Immigrants have endured nearly two years of direct attacks from this administration. The latest effort targets immigrants and their family members who wish to apply for a green card and potentially become U.S. citizens.

The Trump administration is continuing its destructive efforts to divide the country and vilify immigrants. Now we have to take action against this latest attack.

In a sharp departure from from long-held policies on determining who is eligible to come to the U.S. and to receive a green card, the Trump administration has proposed a new regulation that would block immigrant families from having a permanent, secure future in the United States. Under the new rule, immigrants who legally access health care, safe housing, and healthy food programs could be denied admission to the country or refused a green card. The proposed rule also makes clear that earning low wages, having children, or dealing with a medical condition could be held against immigrants seeking a permanent future in the United States.

It’s not final yet—but the clock is ticking. We need to move swiftly. Take a few minutes now to post a public comment decrying this inhumane attack on the health and wellbeing of countless families, communities, and children. Just click here.

Fear may drive as many as 4.9 million families to disenroll children from Medicaid or CHIP >> 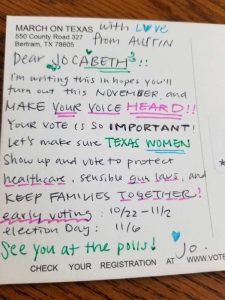 Seriously, we really do need stamps. Over the past several months, Indivisible Austin, along with several other progressive organizations, has been sending out 90,000 postcards to Texas women who didn’t vote in the last  two elections.

As early voting approaches, we’re looking to send out the last 2000 or so cards in the next week. Postcard stamps are 35 cents each.

These are the final days. Make a gift now. Help us encourage these women to make their voices heard at the ballot box.