Leadership of the People

Donald may be unwilling to take action against Saudi Arabia for its killing of journalist Jamal Kashhoggi, but as is becoming the norm, others are stepping up to fill the leadership void: Western corporations with pending deals and discussions with the Saudis are pulling out as a result of the kingdom’s actions.

After a terrifyingly bleak report by 91 climate scientists for the Intergovernmental Panel on Climate Change on the catastrophic progression of global warming (which Donald dismissed), companies are also stepping up to address the absence of leadership in addressing climate change, taking actions to reduce their carbon footprint, develop sustainable businesses, and even pull carbon dioxide from the air and store it.

Nearly a quarter million people showed up to support “an open and free society” and unite in protest of Germany’s far-right groups and the attendant racism, intolerance, and xenophobia creeping out from under its rock.

New emails reveal that Wilbur Ross, Donald’s secretary of commerce, lied about not speaking to anyone in Donald’s cabinet about adding a potentially illegal census question to the 2020 census, and that his motivations were political.

UN Ambassador Nikki Haley’s abrupt resignation came one day after an ethics watchdog group (Citizens for Responsibility and Ethics in Washington) requested an investigation into her acceptance of seven free flights worth tens of thousands of dollars aboard private jets from South Carolina businessmen. Haley is the former governor of South Carolina.

Two Arizona Republicans falsely donated money to Democratic congressman Tom O’Halloran’s campaign under the made-up donor name of the Northern Arizona University Communist party in an attempt to link O’Halloran to the far left. An O’Halloran campaign worker drove to the local Republican field office to return the money—and surprised one of the men, who was working there.

A government ethics watchdog filed another Hatch Act complaint against someone in Donald’s administration, a law that forbids any executive branch employee from “us[ing] his official authority or influence for the purpose of interfering with or affecting the result of an election”—this time against Sarah Huckabee Sanders for tweeting a photo of herself with a MAGA-hat wearing (and crazy-talk-spewing) Kanye West.

Rick Gates, one of Donald’s top campaign advisers, requested proposals from a foreign agent (Israel) to create fake online identities, false social media profiles, and gather intel to help defeat Hillary Clinton and Republican rivals in the 2016 campaign. Mueller is already on it. 🙂

Despite head hypocrite Mitch McConnell refusing to commit to not confirming any Supreme Court justices in 2020, after spearheading the blockade against supremely qualified Merrick Garland in President Obama’s final year, Senator Chuck Grassley directly refuted McConnell’s stance, stating that he would oppose any 2020 nominations, with Lindsay Graham suggesting the same. Of course, we’ll see what actually happens in that instance. The hypocrisy is strong with these ones.

Getting Out the Vote

A new poll reveals that voters are expressing significantly more interest in voting this year than in the last midterms in 2014.

Taylor Swift’s Instagram post last week finally breaking her political silence seems to have landed with a resounding splash—voter registration has soared in the last week, beginning just hours after her post, about 42 percent of them between 18 and 24. Hopefully her impact will be duplicated and amplified by organizations like OMG WTF, a Resistance gathering of Hollywood folks using their influence and outreach to support downballot candidates in the midterms and encourage fans—especially younger ones—to vote.

Not sure how I feel about this, but for those of the persuasion that Democrats must fight Republican tactics with attacks in kind, this article about an anti-Republican, crowdsourced “oppo” research team—looking into GOP incumbents and candidates to find every bit of dirt in their pasts—suggests there could be some nuclear bombs coming before the midterms.

Meanwhile, Republicans seem to be in a panic, like this Minnesota state rep who literally snatched the mic away from his (female) Democratic opponent during their debate and dropped it in front of her. He claimed “nerves.”

The Week in Good News

Texan woman Lynzy Lab’s genius song parody sending up Donald’s appalling claims that men are at greatest risk from false sexual harassment claims while women are doing just fine has gone ridiculously viral. Speaking of the attempt to delegitimize women’s struggles and paint men as the victims with the non-factually-supported “#HimToo” movement claiming men are at greater risk of false accusations than women are of sexual assault, this mother mortified her son by making him the highly unwilling poster child of the movement. Her son’s public Twitter denial (he joined the social media platform for the first time to refute it) gave a good-natured shout-out to the sarcastic Twitter memes that cascaded down afterward.

After Kavanaugh’s confirmation, a teacher at a Los Angeles elementary school developed a lesson and a classroom policy, along with her students, to teach them what consent means.

Jamaica is embarking on a massive campaign to ban plastic bags, straws, and Styrofoam.

Despite her husband’s attacks on Mexicans, women, Muslims, immigrants…well, pretty much everyone—despite that her husband tore children from their families and put them in cages (still there); that he openly mocked a woman who came forward about her sexual assault; that he recently stopped allowing visas for same-sex partners of diplomats and…well, pretty much all kinds of horrific bullying, wife Melania apparently feels she is the “most bullied person on the world.” If I may… 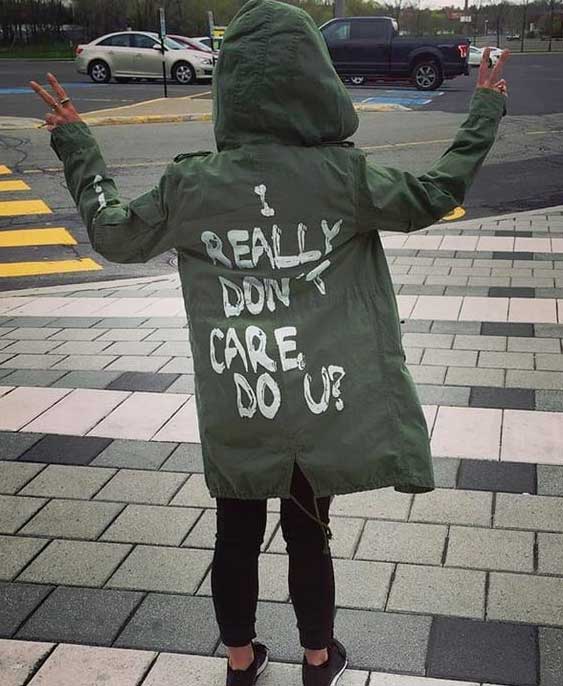 Let this leave a better taste in your mouth: A gecko terrorized a Hawaii marine mammal hospital.