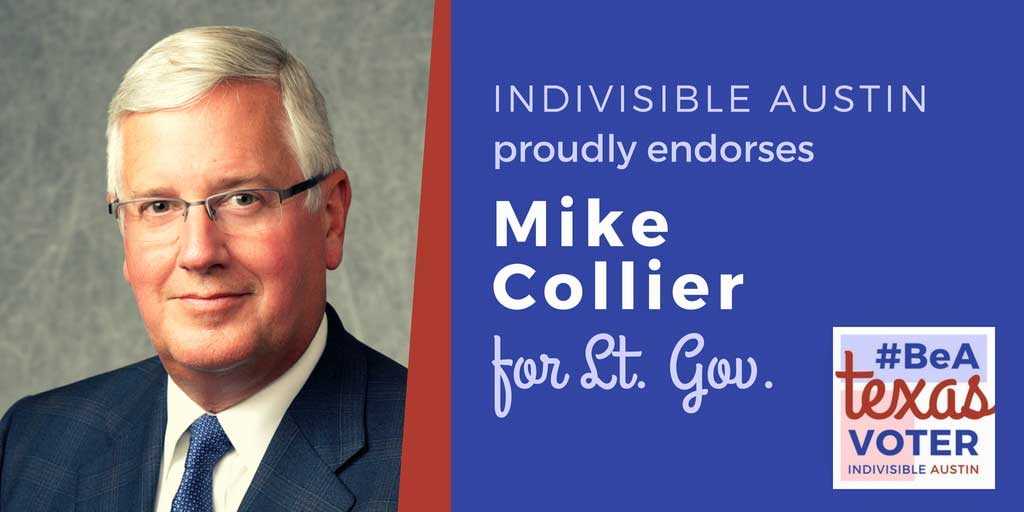 We endorsed in the Lt. Governor’s race, in part, in recognition of the importance of this election to the Texas Legislature. Dan Patrick, with his fervent desire to discriminate against immigrants and the LGBTQ community and to restrict the economic security of all Texans, must go, and Collier is our pick to defeat him.

“The biggest threat to Democracy is indifference,” said President Barack Obama in a speech last week. That Blue Wave we’re all expecting? It won’t happen unless every single one of us do our share.

Last week, the Trump Administration issued a proposed rule would allow children to be detained indefinitely. The rule would overturn the Flores settlement, which has been the law since 1997 and prevents children from being detained longer than 20 days.

There is a 60-day period for public comment before the rule goes into effect on November 6 (also known as the most important Election Day of our lives). Here’s where you come in:

The proposed rule is clearly in response to Trump administration’s manufactured crisis on the border, where nearly 500 children remain separated from their families thanks to the so-called zero-tolerance policy. Rather than solve the problem, they are attempting to double down on the needless cruelty. Call your reps, too—they need to speak out, and will only do so under pressure from you. 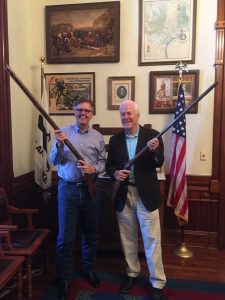 Sen. John Cornyn’s aggrieved-grandpa schtick was on full display yet again, this time during confirmation hearings for Supreme Court nominee Brett Kavanaugh. He threatened to have Sen. Cory Booker ejected from the Senate for revealing “committee confidential” material that turned out to have been approved for release. (To which Booker responded, famously: “Bring It.”)

In our opinion, Cornyn does not get enough attention from the Texas Resistance, mainly because the more obvious villain, Ted Cruz, overshadows him. (Go Beto.) So let’s give Cornyn some calls this week, and explain that:

And while you have Cranky Cornyn on the horn, remind him that 2020 is coming, and if he wants any chance of re-election, he’d better start listening to constituents.

When you're out for dinner and everyone gets their food before you. pic.twitter.com/MpuGd4CyVC

Every week, every day, we’re working with our volunteers to make sure that in November we win a victory for American values and decency. Registering voters, phone calls, canvassing, postcards, all of it will combine with the work of thousands of other volunteers across Texas and all across America to achieve the victory we need.

But as the campaign season goes on, our budget is tightening, and every day, we are looking at the numbers making hard choices about what we can and can’t afford to do. Help us make sure that we don’t come up short, that we don’t leave work undone. Support Indivisible Austin’s midterm efforts today.