Early voting in the primary runoff elections begin Monday. There are runoffs in the governor’s race, in TX10, TX21, TX25, and TX31, and in other down-ballot races.

Call your representative to stop cuts to SNAP

About 3.8 million Texans — kids, the elderly, people with disabilities, veterans and workers who don’t earn enough to feed their families — turn to the Supplemental Nutrition Assistance Program (SNAP, formerly “food stamps”) to help buy food every month. It is the nation’s most effective anti-hunger program, and 80% of SNAP participants in Texas are in families with children. Republicans are trying to sneak huge cuts to food assistance into the Farm Bill and use the “savings” to enforce compliance with the harsh new work requirements, and to fund unproven, unscalable job training programs that are unlikely to help people find work—and certainly won’t do anything to replace their lost food assistance.

Learn more about SNAP cuts and get a call script >>

The Stormy Daniels scandal appears to be just the tip of the corruption iceberg. Tell Ted Cruz that you do care. Ask Ted Cruz how he can continue to support such an obviously corrupt narcissist like Donald Trump, whose history of immoral and shady behavior goes back decades. Ask “Lyin’ Ted” how he sleeps at night.

On @foxandfriends, Ted Cruz suggests he's not worried about Trump's pay-for-play scandals, hush payments, or collusion because "when I go home nobody asks about the latest scandal of the day and whatever the talking heads are lighting their hair on fire about." pic.twitter.com/osQEUF9EGx

Watch Cruz tell the state-run-media puppets on “Fox & Friends” that no one in Texas cares about corruption. (And maybe Ted should talk to real people, not his donors at the Redneck Country Club.)

Get to Know: Austin Justice Coalition

Austin Justice Coalition (ACJ) is an organization that focuses on improving the quality of life for Black and Brown people and people who are poor. We believe change will only come if people of color and all others the pushed into the margins of society lead their own liberation. We partner with allies willing to work for and follow people of color and the impoverished. AJC has successfully lobbied for improved criminal justice policy at the Texas state legislature and led local policy reform, including significantly updating APD’s use of force policy.

Beyond local criminal justice advocacy, AJC recently joined the Project Orange initiative to register and allow incarcerated individuals, who have every legal right to vote, to exercise this right that has been essentially denied in practice. Project Orange is the brainchild of Houston Justice Coalition’s co-founder and Executive Director Durrel Douglas, whose first job out of high school was as a prison guard at a Texas prison. “When we sat down to plan Project Orange, our goal was to reach out to eligible voters who are often ignored,” said Douglas. “When people have paid their debt to society, they should be able to rebuild their lives. Point blank…we want as many eligible voters to register, and vote.” As part of the Project Orange initiative, volunteers will be escorted through the jail with voter registration cards that qualified inmates will be able to fill out. We hope supporters and volunteers of Austin Justice Coalition will join us in our efforts to make sure that eligible voters currently sitting in jail are able to have their voices heard.

We can use as many plenty more volunteers for this. Register to become a deputy voter registrar in Travis County—the county provides trainings on every 1st Tuesday and Saturday of the month. Then check AJC’s Facebook page for more information on completing an orientation before registering incarcerated individuals or come to our monthly meeting, the first Tuesday evening of each month. For questions please contact info@austinjustice.org or message us on Facebook for further questions. 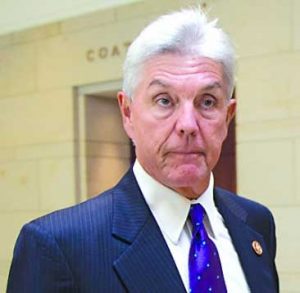 Rep. Roger Williams proudly cast a vote this week to make it possible to charge people of color more for car loans. Truth be told, every Republican member of the Texas delegation to the House voted for it, but this speaks to Roger’s special skill in using his office to enrich himself. Roger doesn’t simply forget to recuse himself in matters that directly affect his business; owning a car dealership, he leads the charge, to the point where even the Congressional Ethics Committee (AKA The fox guarding the hen house committee) investigated him.

This time, House Republicans scrapped a rule that specifically prohibited charging more for auto loans based on race. Decades of research showed over and over again that auto dealerships regularly charge people of color more for loans, even when their credit scores are as good as or better than white car buyers. Soon enough, African American, Latinx, Asian, and Native American car buyers will enjoy the freedom of once again being charged more for their car loans at dealerships all across the country, including those in Weatherford (which isn’t even in Williams’s TX-25).

Here’s a quick but powerful video of what “Auntie Maxine,” Rep. Maxine Waters had to say about this on the floor:

Seize your look, like this parrot giving itself a bargain makeover: 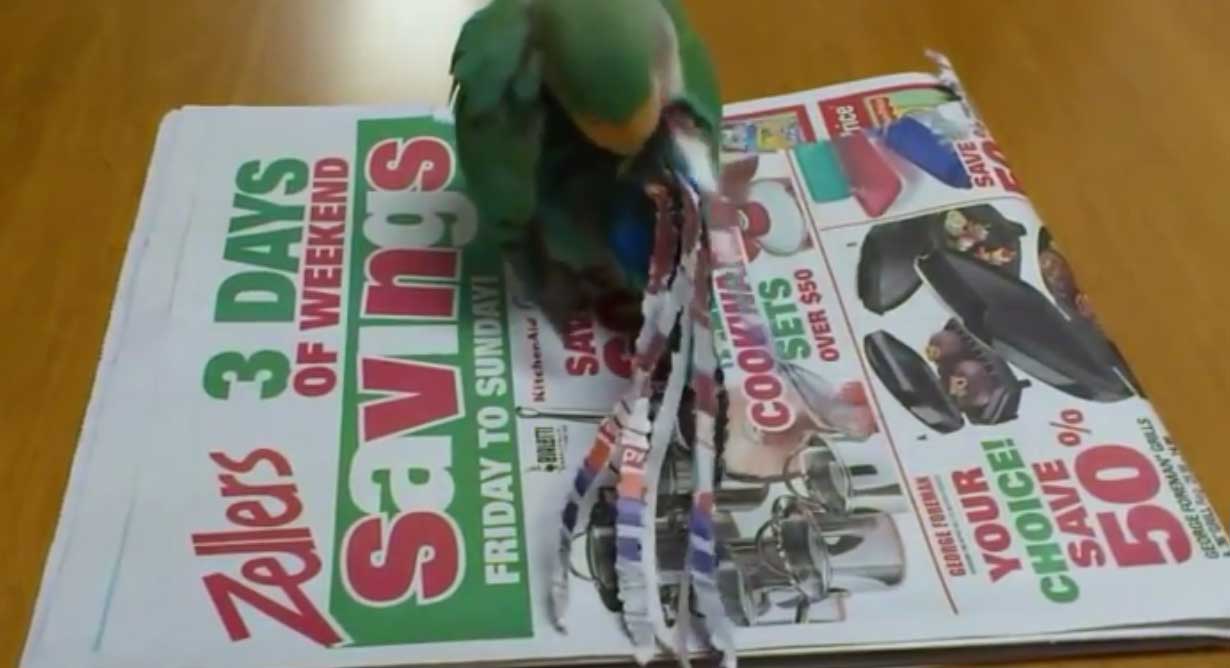 The Resistance you need

The Fashion you crave.

You’re worth it… and so is our democracy.