Note: This article, by Indivisible Austin Board President Lisa Goodgame, was originally posted on xojane.com in April 2013. 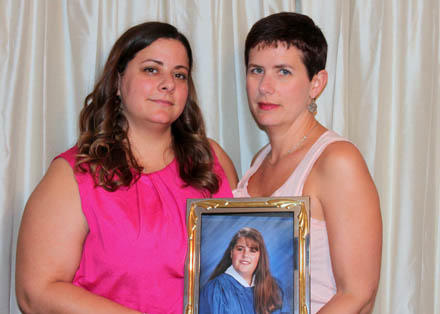 “Her death created a rift in our family. We will always be the Goodgames before and the Goodgames after. Because she was so young, after is proving to be a very long time.”

On the night of October 1, 1993 the phone rang just as we were all climbing into bed.

Well, not quite all. My youngest sister was asleep at a friend’s house, and my parents and I were home, having returned late from a Friday night dinner.

My other sister, Rani Goodgame, wasn’t with us. Three young criminals had shot and killed her using an illegally acquired automatic weapon, among other guns. The phone was ringing to tell my parents that they needed to come identify her body.

Two of the shooters were under eighteen, and one was out on bond for another murder he’d allegedly committed a few weeks earlier. They shot another young woman that night, too. Fortunately, she survived.

My sister was 18 and had just started college. That night, all she was doing was sitting in her car outside a party. Three boys murdered her in a spray of more than 100 rounds shot from a weapon that would be banned less than a year later.

Like so many victims of gun violence, she was in the wrong place at the wrong time. 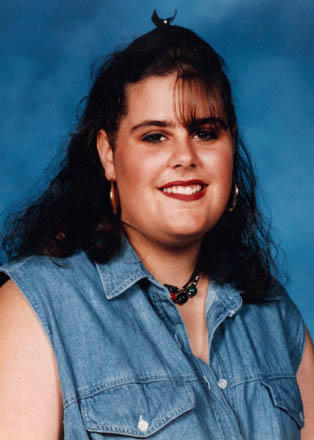 Early Saturday morning, the calls started coming as people heard the morning news report on the radio. Incredulous, they asked if they had just heard that a Goodgame had been shot and killed. I sat in the vestibule outside the rabbi’s office at the synagogue, waiting for him to arrive before Saturday morning services so I could tell him that one of the Goodgame girls, whom he’d known since birth, had been murdered. We didn’t think that he’d answer the phone since it was Shabbat.

I returned home to find media camped out on our street, hoping to interview us. Two days later, hundreds of people attended her funeral, which was filmed in its entirety by the local television stations.

In the following months and years, I watched my family struggle in the aftermath of losing a child, grandchild, and sister to violence. My parents seemed lost in a way I can never expect to understand, in a way I hope never to know.

My youngest sister seemed to barely make it through school that year. She and Rani were close in age and had almost always been at the same school at the same time. Her best friend had been ripped away without a moment’s notice, without a goodbye.

My relationship with my sister was in a difficult place when she was killed. We had argued the week before when she decided to move out of our parents’ home. The last conversation we had still rings in my skull. When somebody dies unexpectedly, there’s a lot of unfinished business and tangled emotions. I was angry with my sister at the time of her death. It was an anger that, had she survived, we probably would have worked through and been able to move on. Now and forever, that chance of reconciliation is gone. 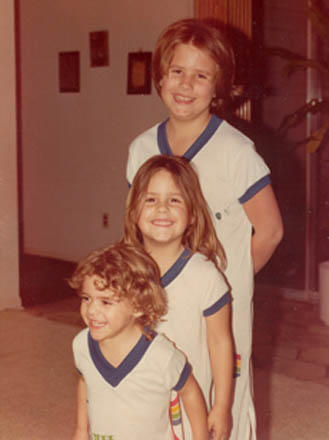 At the time, I couldn’t release the anger I felt toward her. I was in shock for several months, and once I got past the denial, I found myself stuck in anger. My anger manifested itself in several ways, but the most disturbing were the nightmares I’d have in which the gun was turned on me. Maybe that was my brain’s way of moving me from anger to bargaining — if only I had been the one to die…

It took years for the anger to finally dissipate, and for me to be able to remember my sister as she was for most of her life: a goofy, smiling dancer and gymnast who loved our dogs and made a silly, pouty bottom lip when she didn’t get her way.

Her death created a rift in our family. We will always be the Goodgames before and the Goodgames after. Because she was so young, after is proving to be a very long time. After has included campaigns to keep her killers from getting paroled. This last year, since the 19th anniversary of her death in October 2012, has been an especially rough one, and not just because the 20-year mark is fast approaching. It’s been a difficult year filled with hideous acts of gun violence and the ensuing political polarization capped off by the Senate’s deeply disappointing actions yesterday.

At a time when a majority of Americans, as measured by every major poll, support stronger background checks, a ban on high capacity ammunition clips, and a ban on assault weapons, our legislators have let us down by failing to listen to the majority. They have failed to do their duty as our representatives. For me, it’s personal because the weaknesses of our laws in all three areas contributed to the climate that made it possible for three criminals, two of whom were minors, to acquire the assault weapon that killed my sister.

Sometimes it feels as though people forget about the victims and those left behind. As they clamor for their right to own any and all varieties of gun, they also sow fears and distrust that the government wants to track gun owners for the express purpose of confiscating their legally acquired and owned weapons.

Members of my own family do this. I see their posts online, the ones that garner comments calling people like me, who want smarter laws but who aren’t inherently anti-gun, “violent political extremists” because we voted for Democrats. The comments that question whether people like me are patriotic, whether we are true Americans.

I love my family, but sometimes I hate their ideals. They love me, and I’m sure they hate mine. When the issue is taxes or health care reform, I can write off our differences. But when the issue is something that touches me and the friends and families of the 3,514+ people who have been killed by gun violence just since Sandy Hook, I can’t set it aside so easily.

I can’t simply hide the wall posts and pretend they never happened. I want to make them understand, but I don’t know how to and I feel helpless. At this juncture our positions are firmly held and we, like so many Americans, are confounded by the other’s beliefs.

Yesterday afternoon, I heard President Obama’s speech while I was driving home. I was amazed at how angry he sounded, and it was an anger that I know reverberated through the Senate chamber as Vice-President Biden announced that the hard-fought compromise had failed. Had I been there, standing shoulder to shoulder with the other victims (and yes, we who live in the after are victims, too), I would likely have shouted “Shame on you!” too. 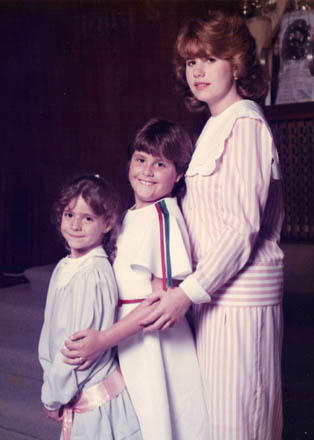 It’s taken me almost 20 years to be able to write this story. I have told it many times to friends and co-workers. I haven’t so much chosen to remain silent as felt that the story wasn’t ready to be told. Today on that car ride home, the story came to life.

You may not agree with me. You may think I’m using pathos to appeal on this issue. You may think the minority of Senators who blocked the bill and its amendments from moving forward yesterday were right.

We’ll have to agree to disagree, and hopefully, one day soon, America’s lawmakers will listen to the majority of their constituents. Democracy is rough go sometimes. Let’s hope it goes the people’s way sometime soon.