We’ve come to normalize social distancing, mask wearing, and for those of us with the privilege to do so, working from home. But let’s not forget how utterly preventable all of this was—and that Gov. Greg Abbott, who follows Trump’s lead at every opportunity, is responsible. Whether it was reopening the state too soon, undoing local ordinances, or packing his response team with wealthy donors, every step of the way we saw Texans and their families suffer because of Abbott’s actions.

Abbott isn’t up for reelection until 2022, although there is already momentum to replace him. To save the lives of Texans now, our best bet is to apply pressure. After all, above all else, he’s a politician—and, considering his constant back-pedaling and half-measures—he’s clearly scared of the electorate.

Abbott is responsible for the fact that more than 10,000 TEXANS HAVE DIED from a virus whose spread was preventable if he’d only followed the science. No wonder he’s trying to change the subject. Absolute failure of leadership. https://t.co/4EXwqgWKws

On Tuesday, August 25, thousands of people will take action across America with one clear message – #SaveThePostOffice.

The movement for our public Postal Service has three immediate demands of our elected officials and of Postmaster General DeJoy:

RSVP for this event, or find or host rallies at other locations

Update: The House passed the bipartisan Delivering for America Act. Now it’s time for Cruz and Cornyn to get to work. Write them a letter here.

Action of the Week: #SaveThePostOffice rally at John Cornyn’s office.

More than 50 people showed up at John Cornyn’s Austin office to demand that he support emergency funding of the United States Post Office. On the same day, the House passed the bipartisan Delivering for America Act. Now it’s time for Cornyn to get back to work to protect our mail service. 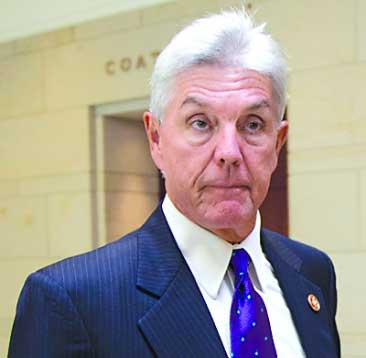 In a recent radio interview, Rep. Roger Williams was overtly racist and disparaged a significant part of his constituency. Here are some of the quotes, which you can listen to here:

He goes on to say we need to stand up against these “thugs” and the “mob” who take these cities over. That it’s an “invasion of our liberty.” And that “we got to elect people that think like the people do.”

Question for Roger Williams: Who are the “people” he is referring to? He might as well just come out and say white people. And to label Austin an “inner city”—it’s not even a dog whistle anymore; it’s flat-out racist and Williams needs to go.

Day of action to save the Postal Service!

The American Postal Workers Union is leading a day of action, with rallies at local post offices nationwide.

RSVP for this event, or find or host rallies at other locations

A virtual reception supporting MJ Hegar, candidate for US Senate and Wendy Davis, candidate for TX-21 with Special Guest Connie Britton. For questions or to RSVP as a guest to come for free, please email: Taylor Klos at taylor@mjfortexas.com or Lark Herron at lark@wendydavisforcongress.com.

6:30 p.m. Join Indivisible Austin for an exciting new series: introductory trainings on anti-racism and community organizing and how approaches need to guide Indivisible’s fight for justice!

RSVP for the action meetup

Zoom With James and Julián!

A virtual conversation with State Representative James Talarico and Secretary Julián Castro to discuss the state of our country, life in the Lone Star State, and the importance of flipping the Texas House in 2020.