Join the ACA Week of Action

The Affordable Care Act lives up to its name, but Texas leaders are trying to take it away! Without it, millions of Texans will lose their health coverage.

Here are three things you can do to help #ProtectOurCare!

Tell local reps to grant a pandemic stay of removal for Hilda, Ivan, and Alirio

Hilda, and her 14 year-old son Ivan have now lived in an Austin-area sanctuary church for over 1,400 days. Alirio has lived in a different Austin church for over 900 days. Both are fearful of leaving sanctuary, knowing it would mean deportation and instant-death in their home countries. Given that both have open immigration applications pending, we believe it makes sense to grant a temporary Stay during this pandemic.

Sign the petition: Grant a Pandemic Stay of Removal for Hilda, Ivan and Alirio

“In 2019, Williamson County sheriff’s deputies held down Javier Ambler and stunned him four times before his body went limp. He died at a hospital about an hour later.” (Texas Tribune)

In last week’s newsletter, we asked Wilco residents to call their county commissioners to demand the resignation of Sheriff Robert Chody. Now Democratic members of the Texas Legislature are calling on Gov. Abbott to call a special session “to pass laws on policing and criminal justice and asking why the governor hasn’t yet publicly acknowledged the Ambler case even as he condemned Floyd’s death in Minneapolis as a ‘horrific act of police brutality’ that he said must be prevented in Texas.” There is also a new website and social media campaign to demand justice for Ambler:

A victory for public health in Austin

Thanks to pressure on Gov. Greg Abbott—including more than 260 letters sent through our campaign—the governor ceded back to Austin and other Texas cities some local authority for coronavirus response. It still puts the onus on local businesses—and often on low-paid workers—to create and enforce mask-wearing social distancing policies, but it will save lives. Christopher Hooks, writing in Texas Monthly, spells out the governor’s cowardly and confusing shift:

“He has begun to resemble not so much a governor as a Dungeon Master, leading the state through a role-playing game of his own devising. “

Read: Greg Abbott Invites You to Figure Out What His Coronavirus Executive Orders Allow (Texas Monthly)

Austin: Get tested. It’s quick and free and you won’t be asked if you attended a protest. 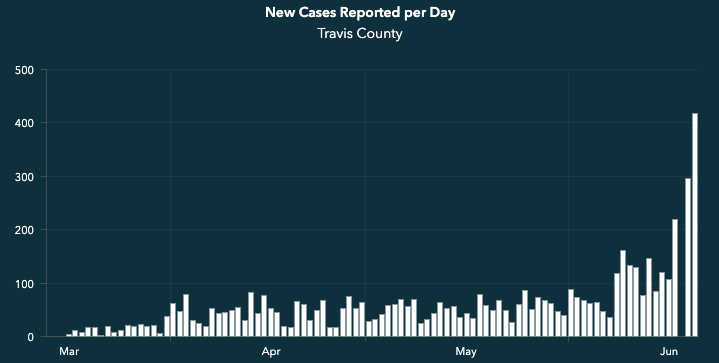 It’s instructive to watch the actual video—and not just read the transcript—of John Cornyn’s Senate Judiciary tantrum on systemic racism. His petulance is probably familiar to anyone with a Fox News conservative family member—someone who refuses to accept that a glaring systemic problem like racism can be anything other than a few misguided souls. 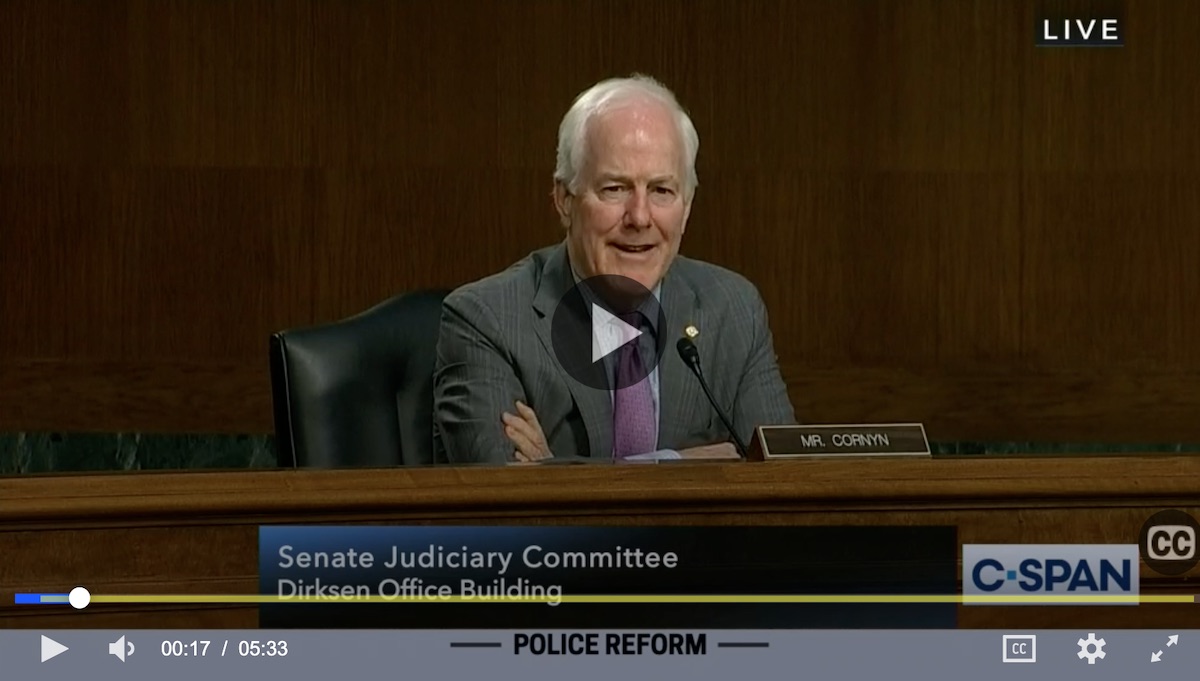 This is why Cornyn and his ilk are unreachable. Their ignorance is absolutely willful. Cornyn—who in high school wrote lovingly of George Wallace—must be voted out and replaced with a Texas senator who understands the deep, unhealed wound that blights our nation.

Get involved in MJ Hegar or Royce West’s campaign to defeat Cornyn. (Early voting in the primary runoff starts June 29.)

Congratulations to these local candidates for earning the endorsement of Senator Elizabeth Warren! 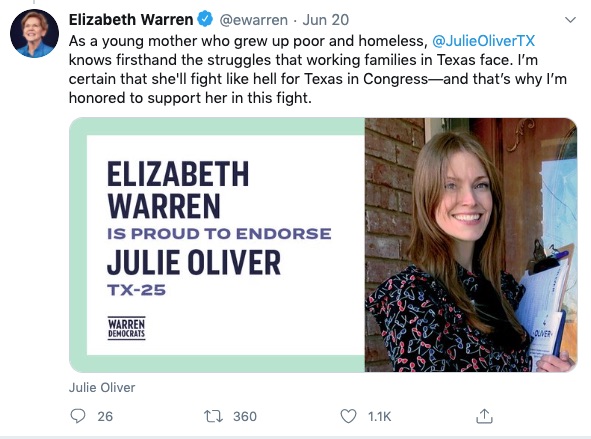 6:30 p.m. Help identify voters who will support Democrats in targeted districts throughout Texas!

7 p.m. This talk will be co-hosted by the Austin Chapter of Democratic Socialists of America, Worker’s Defense Project, and Grassroots Leadership. We’ll have an initial discussion of the book, presentation from local activists, and a Q&A section.

Early voting in the July 14 primary runoff begins. See who’s on the ballot.

Take Back the Court, Indivisible, and Demand Justice are coming together on June 30th at the conclusion of this crucial term to fight back and press for court reform. We want to send a clear message that we are not powerless against this Court unless we allow ourselves to be.

Virtual Rally at End of SCOTUS Term – We are Not Powerless, Fight Back!