Just Liberty, a close ally of our friends at Austin Justice Coalition, broke down what happened at the June 11 Austin City Council Meeting:

“Thank you for everything you have done, for checking out Just Liberty, and for taking the actions we’ve posted. Council and the Mayor got more than 10,000 messages each, thousands of calls and hundreds of personal statements in testimony over two weeks of hearings. The City Manager Spencer Cronk, who usually stays in the background, got more than 2,500 messages through Just Libery’s action alert and was grilled by Council for allowing the leadership to stay in place as the crisis of public confidence grew more acute.”

So what’s next? We need to show up to support the call from AJC and other Black community leaders to reinvest at least $100 million from the police budget—what Council failed to support last week. This begins NOW by continuing the same level of pressure on City Council to commit to reinvesting the $100M before the July 23rd budget hearing.

Tell Greg Abbott: Just because we have hospital beds doesn’t mean we need to fill them.

It’s time to tell Governor Abbott that a deadly pandemic is not the time for libertarian fantasy. If the state is going to continue to reopen, we need at least two things in place: 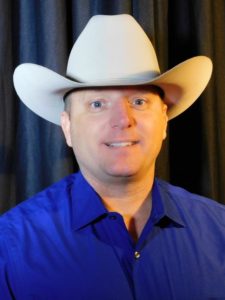 This action is for residents of Williamson County. On March 28, 2019, a Williamson County Sheriff’s deputy chased Javier Ambler into Travis County for not dimming his headlights. From the Statesman:

“Twenty-eight minutes later, the black father of two sons lay dying on a North Austin street after deputies held him down and used Tasers on him four times while a crew from A&E’s reality show “Live PD” filmed.

“Ambler, a 40-year-old former postal worker, repeatedly pleaded for mercy, telling deputies he had congestive heart failure and couldn’t breathe. He cried, “Save me,” before deputies deployed a final shock.”

This story is just now coming to light because of recently released documents and body cam footage. Williamson County Sheriff Robert Chody actively courted the reality show “Live PD”—which may have led the deputy to create unnecessary drama so that he could appear on TV. (In the wake of this story, “Live PD” has been canceled.)

If you live in Williamson County, find your precinct and contact your county commissioner. You can also contact the sheriff’s office directly:

If Robert Chody fails to resign, he will be on the Williamson County ballot in November. Consider supporting his Democratic opponent, Mike Gleason.

Read Mike Gleason’s statement on the death of Javier Ambler

In Cedar Park and ready to call for Chody’s resignation? Join this Indivisible group.

“There Are No Checks and Balances”: Two Texas Criminal Justice Experts on the Fight for Police Reform (Texas Monthly)

If you’ve been to a protest or event with a large group of people, consider getting a COVID-19 test before attending another one. The coronavirus crisis has disproportionately impacted Black and brown communities, and it’s our duty to do our best to ensure we aren’t contributing to community spread when we’re taking to the streets and fighting for justice. General guidance is that you should be tested 5-7 days & 10-12 days after your first exposure, and if you’re protesting regularly (2x per week), you should be getting tested every 5-7 days.

It’s important that anyone in our community feeling symptoms, or has been recently exposed to a positive case or in a large crowd, like protests, get tested. The City’s tests are free. No insurance information is required. Here’s what a drive through test looks like. pic.twitter.com/3SKYRqv4Zt

"… this is not a political issue. This is science, and we have to be serious about this.”

A powerful message from Dr. Mark Escott, the interim health authority for Austin-Travis County, about the economy and public health. pic.twitter.com/b7sQ6htX4R

6 p.m. Join All In Together, She the People, 19th* News, and the LBJ Presidential Library to discuss the power and potential of black women.

6:30 p.m. on Zoom. Undoing White Supremacy Austin, or UWSA (pronounced ooh-sa) is a group of primarily white identifying organizers who come together with the common purpose of dismantling white supremacy systemically, culturally and within ourselves.

Join members of UWSA this Tuesday evening to learn about our history, our approach to this work, and how you can get involved.

RSVP for the Introduction to UWSA: Undoing White Supremacy Austin

Texas Voting 2020: What you need to know (Texas Tribune)

Our next volunteer meetup is on Wednesday, June 24. (RSVP here.) We’re currently recruiting volunteers for the following roles: