You are responsible for your own safety. We are expecting a large crowd, including counter-protesters.
To all participants: We ask that you NOT talk to or engage with Trump supporters or counter-protesters, including any representatives of Infowars or related right-wing “media” outlets that may show up. Instead, please block them with your signs, or umbrellas. Or simply walk away.
Infowars seeks to provoke conflict and create emotionally charged situations that make it more difficult to maintain a non-violent and safe atmosphere. They also use filmed interactions to target and harass those who engage with them. If approached by them, we encourage you to simply say, “I will not talk to you. Leave me alone.” Repeat this phrase over and over if necessary (this is called a “broken record” response.) Please encourage those around you to do likewise.
If at any time you feel your safety is at risk, please leave the event. If you have any concerns about attending, please err on the side of caution and stay home.

WHEN: Trump’s is expected to arrive at the airport at 1:20 p.m., and at Flextronics at 2:05. But given road closures and general unpredictability of presidential schedules, arriving around noon is the safest bet to ensure parking. Just arrive when you can and stay as long as you can. Your support is appreciated even if you don’t overlap with the plant visit.
WHERE: Riata Trace shopping plaza (12221 Riata Trace Pkwy). It’s the first (and only) turn off Riata Trace Pkwy, near the 183 access road.

Our main focus is impeachment. Ambassador Sondland testified just this morning that there was quid pro quo. Trump is trying to distract us with a shiny APPLE when he should be imPEACHed. 😉
But bring whatever signs you feel called to bring, on whichever of Trump’s many offenses.

This protest arose organically, and would happen in some form with or without Indivisible Austin. We are grateful to you for your activism, and to the other organizations that are cohosting with us, including Progress Texas, Texas Sierra Club, Why Are You Marching Texas?, Julie Oliver, TX21 Indivisible, TX10Indivisible, Indivisible Rosedale Huddle, Megaphone Texas, the national Indivisible Project, and all of the other grassroots groups and individuals who are with us in spirit.

Wednesday: Tell Trump that he is NOT welcome in Austin

Donald Trump is coming to Austin on Wednesday to tour one of Apple’s local manufacturing plants. Tell Trump that he is NOT welcome in our town.

Meet on the public sidewalk at the shopping center at 12221 Riata Trace Pkwy. This is a half block from the Flextronics building Trump is likely to tour.

Organizers will be there to guide you from NOON TO 5 P.M., or until we know Trump has left. 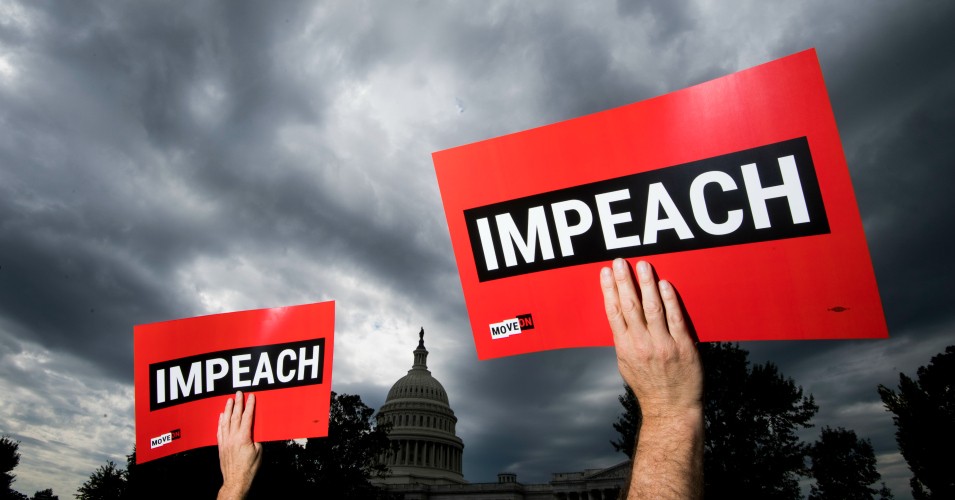 New! Make Calls to Ensure a Fair and Open Impeachment Trial in the Senate

Action of the Week: Shut down Hutto

On Saturday, protesters from Grassroots Leadership, Workers Defense Project, United We Dream, Never Again Action, and other orgs showed up at the T. Don Hutton women’s detention center to demand that the center be shut down and that there be #NoNewICEContracts.

Texas native Rodney Reed was sent to Death Row over 20 years ago, but recent evidence has brought doubt to his sentencing. Despite bipartisan calls for a stay and new trial, Governor Abbott did nothing to stop this man from being put to death by the state of Texas. Luckily last week, the Texas Court of Appeals issued an indefinite stay. Governor Abbott’s inaction is unacceptable. Please share this story with your communities so we can all remember that the Governor does not work for justice or to protect innocent human lives.

Run for Office – the Deadline to File is December 9!

There are still plenty of uncontested state representative races in Texas and the deadline to file for the 2020 election is just weeks away. We can’t flip the state legislature if we don’t get people to run.

Get the word out: Share this map and information with your groups!

Hosted by the Our Vote Texas project, Texas Progressive Action Network and Common Cause Texas.

Trump is in Austin. Details to come.

He is strangely adorable… pic.twitter.com/M3ClgwpaB8