This is not normal. It’s time to end gun violence in America.

The shooting in El Paso is the natural byproduct of lax gun laws and white supremacy. (The shooter drove nine hours to kill immigrants.) It’s exactly the kind of stochastic terrorism our president encourages at his rallies, yet later claims plausible deniability in the ensuing acts of violence. It’s what happens when the people in power don’t care about the people they represent. We can stop it. But it’s going to take all of us.

We don’t have to die this way. Write your Senators. 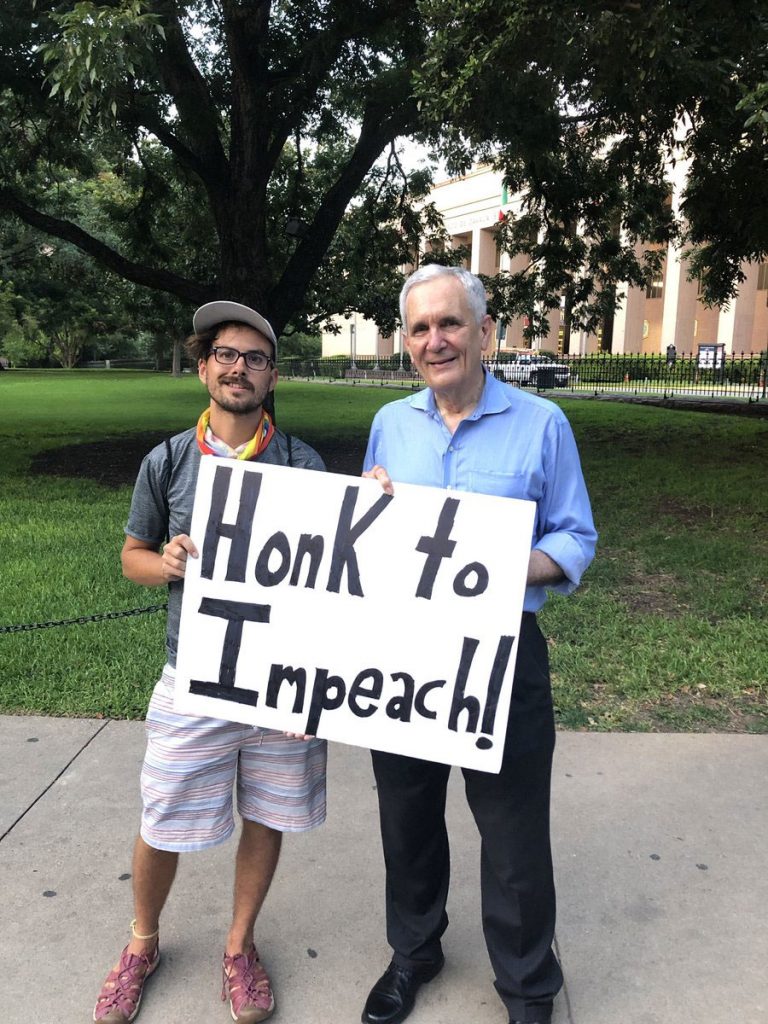 Your House reps are in town for the August recess, which is an opportunity to pressure staff at their local offices to demand an impeachment inquiry for Donald Trump’s high crimes and misdemeanors.

During his time in the White House he’s become more emboldened, more overt in his hostility toward anyone outside his white, male Fox New base. He’s separating children from their mothers and locking them in camps. He sold out our nation to Russia, and obstructed Robert Mueller’s investigation into that fact. There are multiple, credible allegations of sexual assault against him. He continues to try to deprive millions of Americans of quality healthcare—a basic human right. Need we go on?

Call your House reps at these numbers. (If Lloyd Doggett, is your rep, call to thank him, as he supports an impeachment inquiry.)

If you are unable to call, send your House rep a letter in just a couple of clicks

Learn to bear with fortitude

Pride is Still a Protest ATX

Sponsored by ACLU of Texas: “Join us and our partners at the Transgender Education Network of Texas (TENT) and the Human Rights Campaign (HRC) to celebrate Pride and take action for trans justice in our state.”

RSVP with ACLU of Texas

Screening of “When They See Us” with Austin Justice Coalition

Join Austin Justice Coalition and our community partners for screenings and small community town halls throughout the month of August 2019.

Each Wednesday, beginning August 7, we will screen Ava DuVernay’s four-part mini-series, “When They See US”. Following each screening, we will have short community drive discussions revolving around issues that arise in the series.

6-week community workshop provides participants with the skills and connections to achieve the changes they want for their families and community. We help individuals turn their passion for community change into reality. Our curriculum is presented by experts in their fields and covers topics such as:

Join voice actor Shannon McCormick and other special guests for the grand finale of our series of live readings from the Mueller Report.

The American Legislative Exchange Council, or ALEC, is convening in Austin from Aug. 14-16 at the J.W. Marriott for their 46th annual meeting.

We must show them THEY ARE NOT WELCOME! We must TAKE BACK OUR STATE!

ALEC is just another way for corporate interests to control our government.