Trump’s election in 2016 was the Molotov cocktail that ignited the Indivisible movement, including Indivisible Austin. Broadly speaking, our primary means of resisting Trump is congressional advocacy. For a lot of us, this strategy provides a coping mechanism: We can actually do something—that is proven to work. We call our representatives! We track bills! We win elections! No doubt this is important work and we will keep doing it.

We’ve had notable victories—especially the 2018 midterm elections—but let’s reflect on the man who sparked the movement: President Donald J. Trump. During his time in the White House he’s become more emboldened, more overt in his hostility toward anyone outside his white, male Fox New base. He’s separating children from their mothers and locking them in camps. He sold out our nation to Russia, and obstructed Robert Mueller’s investigation into that fact. There are multiple, credible allegations of sexual assault against him. He continues to try to deprive millions of Americans of quality healthcare—a basic human right. He is an overt racist. Need we go on?

Demand that your reps speak out against Trump’s overt racism

Trump’s racism is now completely out in the open. On Sunday, he tweeted that four members of congress, all women of color, should “go back” to where they came from. Even CNN is on it:

As of this writing, of our Central Texas reps, only Rep. Lloyd Doggett has issued a statement. (Update: Chip Roy issued a non-apology apology.)

Trump fears the power of these strong, effective, American women of color. pic.twitter.com/7HKeq0XkPY

Where is John Cornyn? Where is Mike McCaul? Give them a call and ask.

Read how your voices are making a difference

“Lights for Liberty” at the State Capitol and Hutto Detention Center

On Saturday, activists from all over the country held vigils to protest the inhumane conditions faced by migrants. Hundreds turned out in Austin, Georgetown, and at the T. Don Hutto Detention Center in Taylor. (Photo at Hutto by Amy Nelson / Wilco Indivisible.)

“We stood singing where they could hear us as the sun set. We lit our lights as the children’s names were read.” (Amy Nelson, Wilco Indivisible) 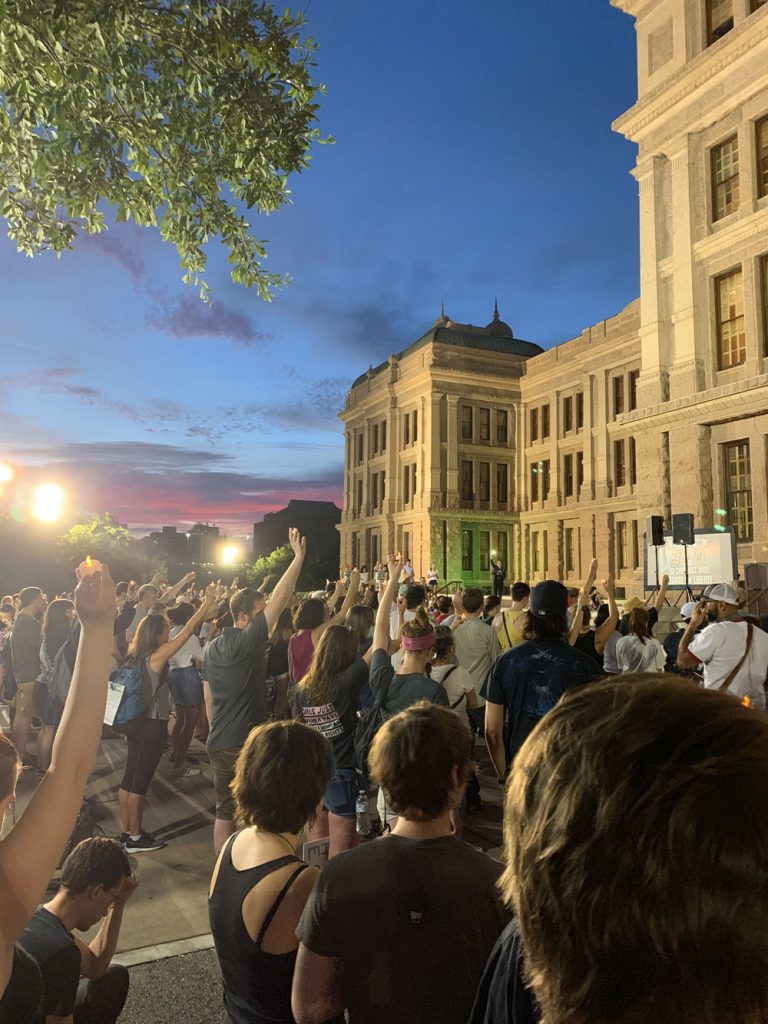 A minute of silence at the Texas State Capitol in Austin to acknowledge the inhumane conditions at the border. (Photo: Indivisible Austin)=

Support RAICES Texas, ACLU of Texas, and other organizations who sponsored “Lights for Liberty”

The Texas primary is in 32 weeks. Last week we shared a powerful new tool to find registered voters in your area, which included these maps:

It’s going to take all of us to take back our country from Trump and his enablers in Congress like John Cornyn, Roger Williams, Michael McCaul, Bill Flores, Chip Roy, and John Carter. Now is the time to register voters, talk to your neighbors, and ensure everyone has a plan to vote in March 2020 and again in November.

Sign up for a free training session on MapTheVote

Volume Two of the Mueller Report Read LIVE in Austin 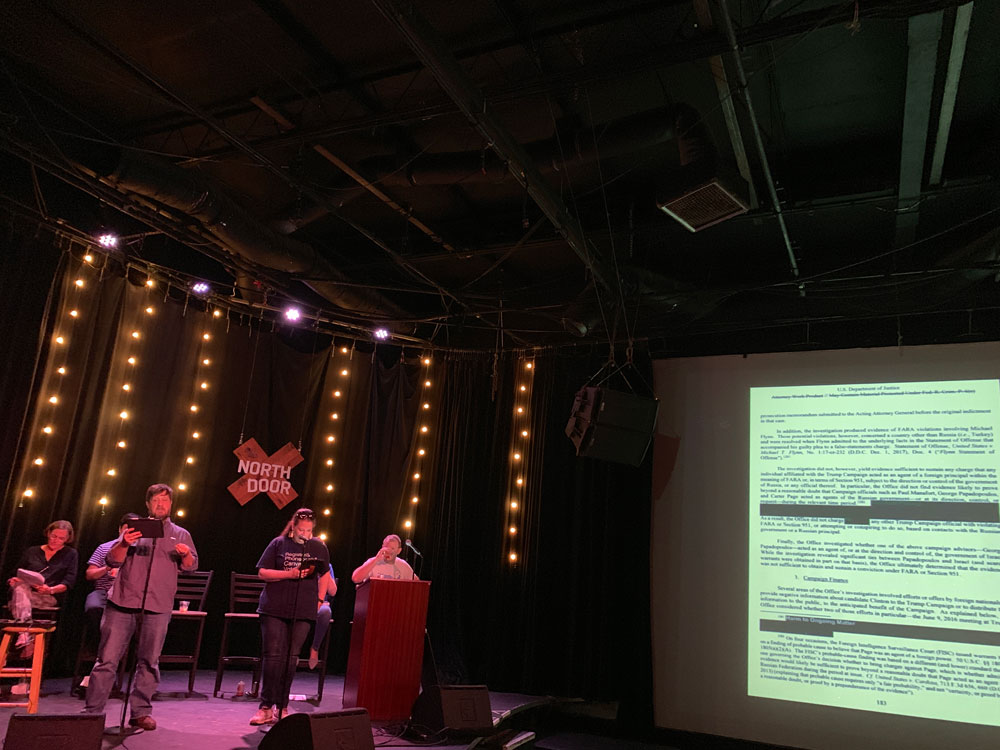 We’re hosting LIVE readings of the Mueller Report at North Door Austin. We just wrapped up Volume One. We’re taking a short break before continuing with Volume Two (aka “the really juicy stuff”), featuring celebrity readers and a wild, multimedia experience. Come one come all!

Let’s Talk about the Climate Crisis

The first, most important way to combat the mounting climate crisis is to talk about it. Studies show that when we normalize the discussion of climate, the science becomes more accepted as fact. A side benefit is that talking about the problem can ease the “climate anxiety” a lot of us are feeling.

The overwhelming majority of climate scientists  —  97 percent   — understand that humans are the primary cause of climate change.

Yet, as a new peer-reviewed study in journal Nature Climate Change points out, “only 11 percent of the US public correctly estimate the scientific consensus on climate change as higher than 90 percent.”

In other words, a person’s understanding about what scientists know about climate change goes up after they are told just how many scientists agree it’s human caused.

Read: Here’s what happens when you tell people the scientific consensus on climate change (ThinkProgress)