Today we honor the men and women who died while serving in the United States military. As the Trump administration yet again rattles its sabers in the Middle East, it’s worth reading the responses from military veterans to this tweet from the official U.S. Army account.

Well, I gave y’all six years and someone who exploited five draft deferments was allowed to dishonor my service and bar people like me from uniform. https://t.co/8mcmRlOiZP

From the Transgender Law Center:

While they can’t change the law, this new regulation would confuse patients, providers, and insurers, and make it much harder for many transgender people to access life-saving care.

Make your voice heard. Submit a comment to the Department of Health and Human Services to tell them why you oppose the new rule and share your story. 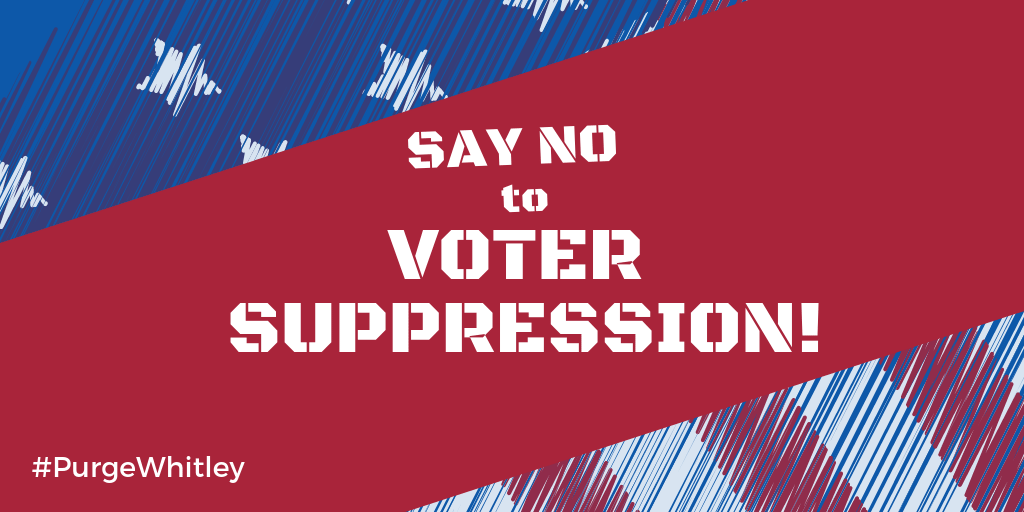 You defeated SB 9. Now, the Texas Legislature adjourns on May 27, and senate Republicans are seeking any opportunity to vote for the confirmation of Abbott’s SOS nominee David Whitley. (The same Whitley who oversaw the disastrous attempt to purge voters.) They need a two-thirds majority, and has long as Democrats hold strong (and don’t leave the building), Whitley will not be confirmed.

Stiffen their spines: Send a letter to your Texas state senator

Rep. Chip Roy made national headlines last week when he single-handedly delayed $19.1 billion in disaster relief aid for survivors of Hurricane Harvey and other storms. The funding will be released when Congress returns from recess on June 3, so Chip’s move was nothing more than grandstanding at the expense of desperate Texans waiting for relief. Chip’s purported objection was that the bill did not contain funding for border security.

Chip — who claims to want to drain the swamp that spawned him — won his heavily gerrymandered seat in Congress by fewer than 10,000 votes. Now is the time to organize. As our friends in TX21 Indivisible put it, “Y’all want disaster relief? In 2020 we need to relieve ourselves of the disaster that is Chip Roy.”

Y’all want disaster relief? In 2020 we need to relieve ourselves of the disaster that is Chip Roy. #TX21 pic.twitter.com/Sku2QK85l5

Read: If Republicans hate government so much, they should leave (Washington Post)

One of the best ways you can fight climate change is to talk about it. Ignoring the problem won’t make it go away. Here are some conversation starters.

During selfie lines, people often press notes into my hands to explain why they’re in this fight. Last week in VA, I got a note asking if I support a climate debate. Yes! We need to do everything we can to save our planet. Thanks @usclimatestrike and @MoveOn for leading this. pic.twitter.com/SUykWTptTP

We did it. You did it. After repeated calls, letters, tweets and posts, SB 9—as well as related amendments—is DEAD. This vile voter-suppression attempt would be the law of the land were it not for dedicated organizations like Texas Civil Rights Project and activists like you. For our part, Indivisible Austin sent 100 of your letters opposing SB 9 to state lawmakers.

Activism works. But it’s not free. Make a gift today?

Guy biking across the world finds a kitten he can't leave behind 😻 pic.twitter.com/wRa2Rsgk0r