Fifty-eight former national security officials—including Madeleine Albright, Susan Rice, and officials from the administrations of Clinton, Obama, and both Bushes—signed a declaration against Donald’s fanned-up national emergency stating that there is “no factual basis” on which to declare a state of emergency.

In the first actual instance of widespread voter fraud, North Carolina election officials unearthed evidence of a “coordinated, unlawful, and substantially researched unlawful absentee-ballot scheme” on the part of NC Republican House candidate Mark Harris. Harris finally capitulated to the investigations into his campaign manager’s illegal tampering with mail-in ballots, saying that a new election is called for, at which point North Carolina election authorities finally called for one.

Mueller’s investigation recommends no leniency for Paul Manafort, calling him a “bold” and “hardened” criminal who “brazenly” broke the law. His sentence should be handed down this week.

Just in case Donald pardons Paul Manafort to get him out of the recommended sentence of up to 25 years, the New York state attorney’s office has prepared a case and charges to swoop right in and put him back in jail—presidential pardons apply only in federal charges.

All 12 Senate House Democrats voted to block David Whitley’s nomination as secretary of state, after Whitley’s fiasco of fake voter-fraud allegations in releasing a list of tens of thousand of “noncitizens” who may have “voted illegally”—allegations that later turned out to be based on flawed data. The Dem blockade will be enough to keep Whitley from being confirmed if all show up for the vote.

A coalition of sixteen states is suing the federal government over Donald’s misappropriation of funds in his nonexistent border emergency, as is the ACLU.

House Dems plan to file a resolution rejecting Donald’s declaration of a nonexistent national emergency. While the effort will likely be defeated in the Senate, it will be forced to the Senate floor for a vote, thus putting GOP senators on the record as supporting or rejecting it.

The New Jersey senate just passed a bill that will keep the Mentally Deranged Dotard off the ballot in that state in 2020 unless he releases his tax returns.

A former Trump staffer filed a class-action lawsuit challenging Donald’s draconian nondisclosure contracts he forces all staffers to sign, which prohibit ever talking about or criticizing the Very Stable Genius. If successful, the lawsuit will invalidate hundreds of similar NDAs, freeing staffers to speak freely of their time in the madhouse.

The Office of Government Ethics refused to certify a financial disclosure by Commerce Secretary Wilbur Ross because he violated his ethics agreement by inaccurately reporting his stock holdings. Ross says he didn’t mean to.

The Supreme Court unanimously ruled to limit the power of local and state governments to seize property and impose fines.

The Illinois governor signed a bill raising the minimum wage to $15 hour (from $8.25).

A federal judge ruled that both children of a same-sex couple are entitled to citizenship rights after the U.S. Consulate in Toronto required DNA testing for both twins and then denied one child the birthright because his DNA came from his Israeli-national father instead of his American father.

R. Kelly is finally being charged for the many sexual misconduct allegations many victims have accused him of. Illinois brought 10 counts of aggravated sexual abuse against the singer Friday, with his bond being set at $1 million.

After the publisher and editor of an Alabama paper called last week for the KKK to ride again and “clean out” Washington, the bigot apparently had a change of heart and stepped down, naming a black woman as the paper’s new editor.

The Kids Are All Right

A group of New Jersey high school students drafted a bill requiring civil rights cold cases to be collected in one place and released to the public without the necessity of delays and red tape under the Freedom of Information Act. The students lobbied for their bill, shepherded it through Congress, and saw it passed at the end of last year.

In a move partially led by the state’s teenagers, Colorado has proposed legislation banning abstinence-only education in public and charter schools and will mandate teaching on safe sex, consent, and sexual orientation.

Student-led climate-change protests that began in the UK last week are sweeping across Europe and the world, with French students walking out of class to protest government inaction on fighting global warming. Students around the world are planning more protests to come, with a worldwide strike on March 15.

Your Feel-Good Stories of the Week

Tenants of yet another Manhattan building voted to remove Donald’s name from its marquee. Immediately after that a second one—the sole remaining NY Trump property—followed suit, leaving exactly zero Trump-branded buildings in Donald’s hometown, down from six.

If this girl is the future of media, we’re going to be okay.

Finally, a word about the 2020 election and the wide field of Dem candidates. We have already seen evidence of cyber tampering with the focus of creating dissent among Democrats and splitting the vote. This is how we got Donald in 2016. Let’s not make the same mistake in 2020. Whichever Democratic candidate is the primary winner will be far better than the GOP candidate currently in the White House—and I can say that as a blanket statement, because really a Capuchin monkey would be better at this point, or at least kinder and more rational. It’s essential that we support—wholeheartedly—the only candidate with a chance at removing the current president, and that is the Democrat, whoever he or she is, because NO candidate is perfect, but any politician in the race is better than the known quantity we have: a proven liar who surrounds himself with felons while illegally profiting from his office, and systematically attacking civil rights and operating for the benefit of his crony 1% instead of the bulk of Americans. Please—please—don’t help make another victory for him possible by falling prey to GOP and Russian efforts to divide the opposition and let him win. 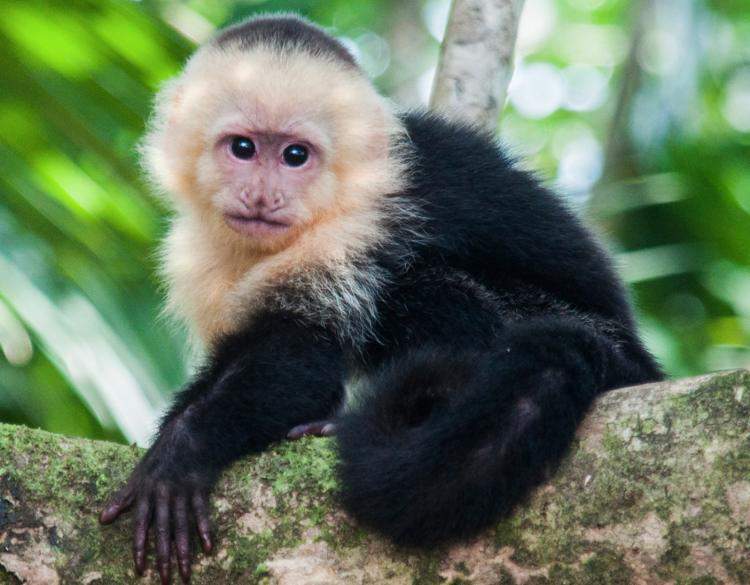