Happy holidays, warriors! In case you need some holiday cheer, there is a LOT this week. Let me explain. No, there is too much—let me sum up.

Two of Michael Flynn’s former business associates have been accused of illegally lobbying for Turkey, throwing a wrench in FOX and the Trump base’s attempt to paint Flynn as an innocent hero framed by Mueller.

Rather than showing contrition for former security adviser (and again…current felon) Michael Flynn’s actions in betraying his country and lying about it to the FBI, on the eve of Flynn’s sentencing his lawyers issued a sentencing memo furthering the right-wing conspiracy theory that a three-star, 33-year military veteran was somehow “tricked” into admitting to lying to the FBI without a lawyer present. The stunt will likely cost Flynn unexpected jail time, as the judge was far from amused, stating his “disdain” and “disgust” that Flynn “sold out [his] country,” and asking whether his actions rose to the level of treason. Right before that, the commander of cheese tweeted to wish the confessed felon good luck.

A DoJ ethics official advised the Matthew Whitaker, Donny’s acting attorney general, that he should recuse himself from the Russia investigation due to conflicts based on his past writings against Mueller. Which potential nomineeWilliam Barr also has. Neither has made any indication of removing himself from overseeing the investigation.

To the shock of no one, Donald toady Roger Stone, currently under investigation by Mueller as to whether he lied about connections to Wikileaks, admits he lied in pushing false stories on Infowars, one of the several right-leaning media sites that simply doesn’t care whether its stories are true or false.

If you’re feeling confused over all the Trump-Russia investigations (and why wouldn’t you? There are 17 separate ones), here’s a handy guide.

This was such a promising category this week, as Congress actually started working together to pass meaningful legislation and defying Donald. And then. FOX News impugned Don John’s virility and he shut the government down to prove what a man he is. And sadly the GOP has now officially sold its soul to Individual 1 by letting the RNC be subsumed by the very stable genius’s reelection campaign. RIP, GOP.

But in that brief little shining interim, we got this:

Congress passed a bipartisan bill revamping the criminal justice system by an overwhelming 87-12. The legislation provides for shortened sentences, and offers training and other programs to help rehabilitate the incarcerated and diminish recidivism.

The Justice Department banned bump stocks on guns like the one used to slaughter 58 people in Las Vegas and wound hundreds more.

The Senate unanimously approved a bill to make lynching a federal hate crime, after almost 100 years of attempts in previous legislatures that inexplicably failed.

Donald off the Rails

I think we’re going to be seeing a lot more of this category as Mueller’s noose tightens and rat Don and his cronies have nowhere to go at the end of the maze. But for now…

After Donald announced—out of dead nowhere—that he would pull all U.S. troops out of Syria (after a conversation with Turkey’s brutal despot Erdogan, and to Putin’s praise that his lackey “Donald” was correct to do so), Secretary of Defense Jim Mattis resigned in a stinging letter of rebuke for the mentally deranged dotard. Immediately on its heels, a major U.S. envoy to an anti-ISIS coalition also submitted his resignation letter.

After the NY attorney general opened an investigation, Donald has agreed to dissolve his fraudulent charity amid investigation into its “shocking pattern of illegality.”

In both his 2016 and 2020 election bids, Don John used a shell company to buy ads in illegal coordination with the NRA.

Texas agriculture commissioner Sid Miller has once again been investigated for ethics violations in misusing taxpayer money for his personal use. Last time it was for the “Jesus shot” (you got me); this time it’s for using taxpayer funds for personal travel to travel to and compete in a rodeo. Sigh. Miller will be fined—just $500, but the violations are piling up.

The Supreme Court ruled that Donald may not begin immediately denying asylum to those who cross the U.S.-Mexico border (and Despite having malignant nodes removed in her lungs, Notorious RBG voted FROM HER HOSPITAL BED against the administration’s attempt to do so).

An internal CBS investigation of former head Les Moonves found that allegations against him of sexual misconduct were credible, and that he was fired for cause and will not receive his $120 million severance package.

Pope Francis warns clergy accused of sexual abuse that the Church will not shield them and they should “hand yourself over to human justice” (and to “prepare for divine justice, which is basically the freaking pope letting sex offenders know they’re going to hell, which ought to chill some sexual-predator blood).

Fox’s Tucker Carlson, who immediately lost one advertiser last week after his comments that immigrants make America “dirtier” and “poorer,” has gone on to lose his network 13 more for the same reason. Carlson refuses to apologize, instead doubling down on his position and calling the boycott “a tactic—a well-worn one.” (The public wouldn’t have to wear it out so much, Tucker, if FOX would stop stating false, racist, sexist, and offensive things.)

An ugly, slimy blind worm that lives underground has been named after Individual 1—Dermophis donaldtrumpi—after a sustainable building materials company paid $25K for the right in order to spotlight the GOP administration’s head-in-the-sand denial of climate change. 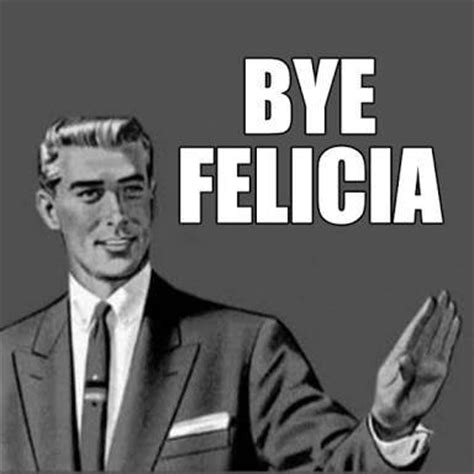