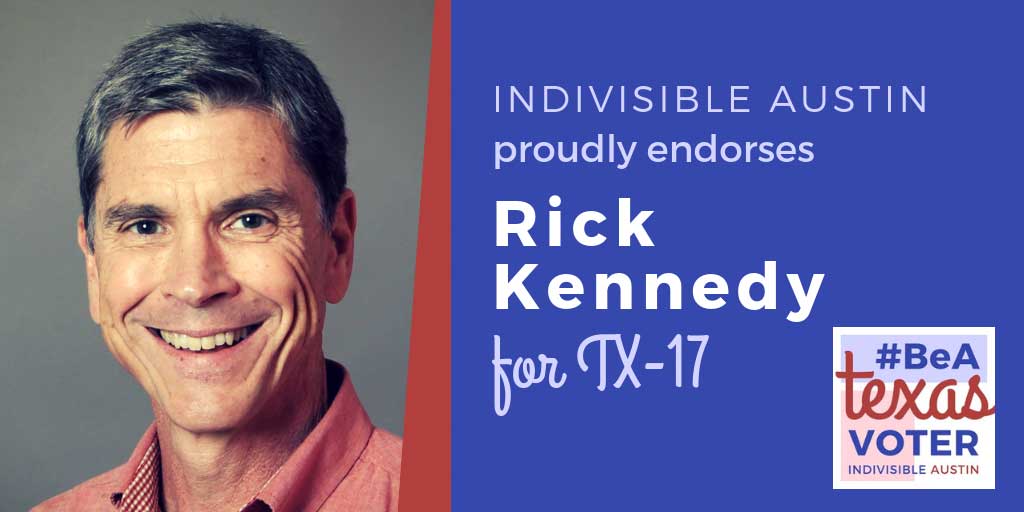 Rick Kennedy draws on his background as a software engineer to position himself as a problem solver. He’s running on a platform that includes protecting access to quality, affordable health care; pathways to citizenship for undocumented immigrants; and reforming the tax code to put money in the hands of consumers, not corporations.

During the primaries, we co-hosted (and live-tweeted) a candidate forum with Kennedy and fellow Democrat Dale Mantey, along with Libertarian Peter Churchman. (The incumbent, Rep. Bill Flores, declined an invitation to participate.) The conversation spanned multiple topics including immigration, climate change, gerrymandering, public education, and health care for veterans and in rural communities. Kennedy displayed a solid grasp of policy, belying his newcomer status. His biggest applause line was on the DREAM Act: “We have a moral and economic imperative to give these people a quick pathway to citizenship.”

It was also refreshing to see three candidates—including Churchman, who disagreed with Kennedy and Mantey on many issues—debate in good faith and with respect for facts and for each other. Contrast this to absentee Rep. Bill Flores, who is notorious for blocking constituents on Twitter, deleting constituent comments on Facebook, and whose campaign amplifies atrocious memes by Dinesh D’Souza.

Spanning Waco to the north, College Station to the East, and a middle finger jabbing through Pflugerville and North Austin, TX17 is one of our more embarrassingly gerrymandered districts. 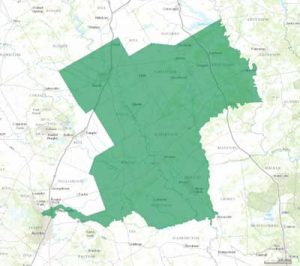 Candidates campaigning in this district have a very broad constituency, from college students and faculty at Texas A&M and Baylor, to tech workers in Austin, to vast rural communities. The good news is that progressives are learning that you don’t need a different message for each audience you speak to. The planks of Rick Kennedy’s platform—such as a fair tax code; quality health care that includes a public option; humane immigration policy; and investment in clean energy to combat climate change—resonate with the majority of Americans regardless of demographics.

Rick Kennedy is an experienced problem-solver, who will bring much-needed pragmatism, empathy, and technical acumen to Congress. Indivisible Austin is proud to give Kennedy our endorsement.