I want to take a moment to honor John McCain. Though many of us didn’t always agree with his ideas and his policies, he served his country with honor all his life. He was a good man who seemed to genuinely want to do the right thing, and he brought dignity, intelligence, and a spirit of compromise to a GOP Congress where they are in increasingly short supply. I will never forget his refusal to entertain baseless attacks from his supporters against Barack Obama at a rally during the 2008 election. When one man said he was scared of an Obama presidency, McCain countered, “He is a decent person, and a person that you do not have to be scared as president of the United States,” despite a chorus of boos from his audience. When a woman said she couldn’t trust Barack Obama because he was an Arab, McCain immediately took the mic and said, “No, ma’am. He is a decent family man and citizen that I just happen to have disagreements with on fundamental issues”—words that are a fitting eulogy for McCain himself. Congress and the GOP are infinitely poorer for his loss, and he will be missed.

Now buckle up, kids—you’re in for one hell of a thrill ride this week.

Election officials in rural Randolph County, GA, rejected the proposal to close 7 of 9 polling places in the mostly black district in less than a minute of deliberation, firing the consultant who proposed it.

The letter protesting Donald’s revocation of former CIA director John Brennan’s security clearance as stifling of free speech and one’s political enemies is now up to 177 signatures of former top intelligence officials, State Department and Pentagon officials, and ambassadors from both parties, stating that they believe “the country will be weakened if there is a political litmus test applied” before expert former officials are allowed to voice their views.

This section is long, but if you want to feel good about where we stand with the resistance, read on.

Manafort got convicted on eight felony counts (tax fraud, bank fraud, failure to report accounts), and ten more counts were deadlocked by the jury; the judge declared a mistrial in those, thanks to a single juror who refused to accept what every other juror saw as irrefutable evidence—but Manafort faces possible life in prison regardless…plus a shiny fresh new trial in DC! This one probing his alleged foreign lobbying efforts for pro-Russian politicians.

Michael Cohen, Donny’s longtime lawyer, pleaded guilty to eight counts of breaking banking, tax, and campaign finance laws, and has surrendered to the FBI. Cohen said he worked to silence two women “in coordination” with little Donny to influence the 2016 election, and he will be serving time in prison. (Ironic aside: please enjoy Cohen’s cached-but-recovered supercilious tweet in 2015 taunting Hillary Clinton about going to jail.) He also coordinated with David Pecker, the CEO of the parent company of the National Enquirer, to suppress stories that might damage Donald prior to the election—which becomes especially pertinent now because this past week Pecker was granted immunity (along with the company’s chief content officer) and has flipped on Donald with Mueller’s investigation (luckily Donald lacks the authority to make flipping illegal, as he stated on FOX it should be). Pecker corroborated Michael Cohen’s implication of Donald in a federal crime—and there appears to be so much more to come. It probably won’t be the first time Donald will have to worry about a leaking Pecker. (Link to Cohen’s tweet)

Cohen, having a really bad week, was subsequently subpoenaed by New York State in its probe into the Trump Foundation regarding whether it broke state law or lied about tax liability. And Cohen’s own attorney called for Congress to open an investigation into whether Trump directed Cohen to commit a crime. “There is most certainly enough evidence now,” for Congress to open a probe, Cohen’s lawyer said.

Tipping into the next domino, the former Trump Tower doorman with knowledge of Don’s extramarital affair with a housekeeper at the Tower—and Donald’s illegitimate child that resulted—was subsequently freed from the “catch-and-release” gag order he signed with the National Enquirer preventing him from sharing his story. In an enjoyable irony, it was Donny’s favorite network CNN that exclusively obtained a copy of that contract.

Donald lied his ass off (a shock!) about his knowledge of the hush payments to women he had adulterous affairs with. Here’s an excellent breakdown of each lie, when it was told, and how it was disproven.

Next domino: The CFO of the Trump Organization, Allen Weisselberg who oversaw $420K of payments to Michael Cohen to silence women Donny had had an affair with prior to the election, has been granted immunity by Robert Mueller’s investigation in exchange for his testimony.

Donald is panicking, judging by his spastic tweetstorms and renewed attacks on AG Jeff Sessions, and things are getting FASCINATING. Now please enjoy this poll—as reported on FOX News, for extra fun—that shows 59 percent of voters support Mueller’s investigation (up 11 percent since July), and indicates the strong position Democrats are in for November midterms.

A federal judge struck down several of Donny’s executive orders that made it easier to fire employees and weaken their union representation.

A New York State judge refused to dismiss a lawsuit against Donny brought by a group of human rights activists who claim they were attacked by Donny’s guards while they were protesting his racist comments against black people and Mexicans.

California Republican House rep Duncan Hunter and his wife were indicted on 60 federal counts for conspiracy, wire fraud, and falsification of campaign finance records to mask spending $250K of campaign money for personal expenses, like theater tickets and family vacations. In true GOP style, Hunter nonetheless plans to run for reelection in November, calling the indictments a “witch-hunt,” and throwing blame on his wife. Keep it classy, GOP.

In Nebraska, the secretary of state has received enough signatures to put a proposal to expand Medicaid on the state’s ballot in November.

The White House fired one of its speechwriters after CNN unearthed evidence that the man, Darren Beattie, had been a featured speaker at a white-nationalist conference. When the White House learned of about CNN’s discovery and pending publication of the story they asked Beattie to resign and he refused, so they fired him, because THESE ARE THINGS THAT HAPPEN IN THIS ADMINISTRATION.

In other white-nationalist-at-the-White House news, Donny’s top economic adviser, Larry Kudlow, was revealed to have hosted white nationalist Peter Brimelow in his home—a man who publishes a white nationalist Web site and was a featured speaker alongside Donald’s fired speechwriter, the above-mentioned Beattie, at a recent white nationalist conference.

Wyoming Republicans rejected the nominee for governor endorsed by the very stable genius.

Jeff Sessions and Donny are back in another pissing contest.

A member of Donald’s Commission on White House Fellowships and a loud defender of Don that the mentally deranged dotard praised as “wonderful” wasfired from his previous job for sexual harassment.

Christopher Steele won his libel case against three Russian oligarchs who sued him over the infamous dossier.

Objections to politicizing Mollie Tibbetts’s murder as an immigration issue were loudly voiced—on FOX…by Geraldo Rivera, surreal as that sounds. “This is a murder story. It’s not an immigration story.”

Literally as Melania Trump was giving a speech for her amusingly named Be Best anti-bullying initiative, calling for more civility and kindness, her husband was attacking his political opponents on Twitter with terms like “thug” and “hack.” I keep waiting for Ashton Kucher to tell us she’s punking us. Read this hilarious NPR article that offers a play-by-play of the juxtaposed messages.

Steven Tyler, former Aerosmith frontman, sent a cease-and-desist to Donald for playing Aerosmith songs without permission at his MAGA rallies.

Pop ya popcorn and stay tuned, warriors—things are moving fast now and this guy is coming for the witches: 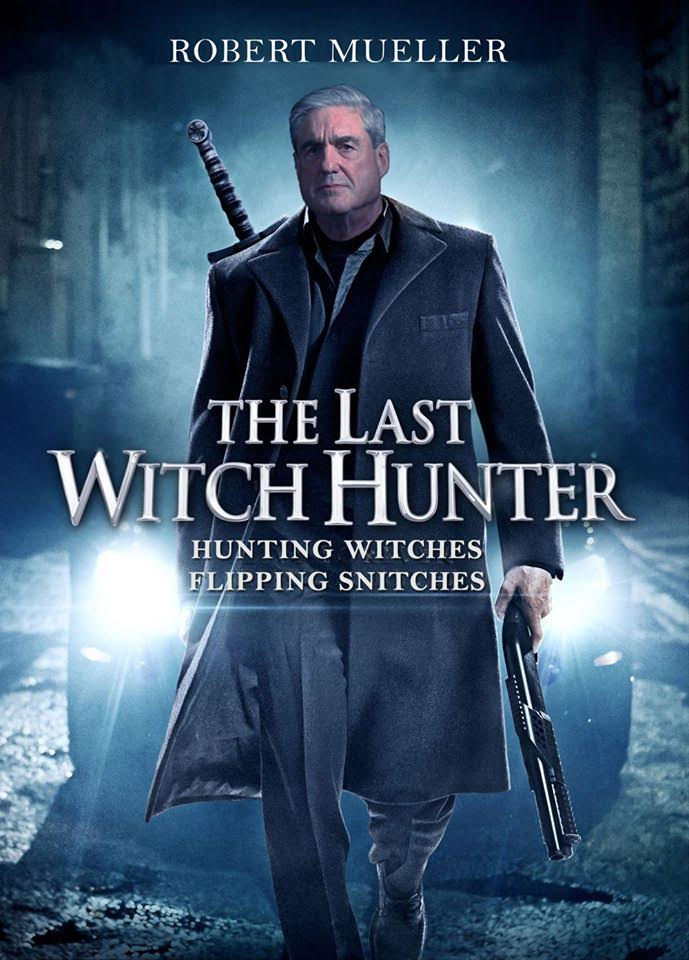