Remember to read how your voices are making a difference. We publish these success stories every week!

Also on Monday: Tell Cruz and Cornyn to Vote NO on Kyle Duncan 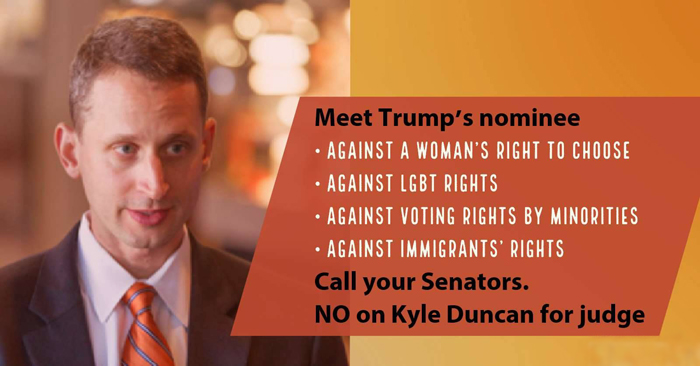 Kyle Duncan has been nominated for a judgeship to the federal appeals court (Fifth Circuit Court of Appeals). Duncan has led a partisan, highly visible career as a warrior for the extreme right. He is on record.

Duncan’s most famous case ended the mandate for employees’ contraceptive coverage under ObamaCare if this coverage offended the employer’s religious beliefs. It is highly likely that Duncan’s years of partisan fighting for these issues will affect his decisions as a judge.

The cloture vote on Duncan is scheduled for Monday 4/23 starting 3 pm EST.

Summary of the latest developments from Celeste Pewter:

Also, be sure we have your mobile phone number, so that we can send text alerts in the event of Trump crossing the red line to try to end the Mueller investigation.

Last year Congress passed and the president signed a massive tax cut bill that gave big banks $3.6 BILLION in tax cuts in just the first quarter of this year. Thanks to the tax cuts, the federal deficit is expected to increase to over $1 trillion in the next couple of years, despite Republican promises that growth would pay for the tax cuts and more. Meanwhile, most of us aren’t seeing any increases in our paychecks, and nothing has trickled down to us.

Here are the facts (via the Center for American Progress and Feeding America) to tell your representative about SNAP and why cuts to a program that HELPS people work hurts much more than it helps:

You can learn more at http://www.thisissnap.org/. 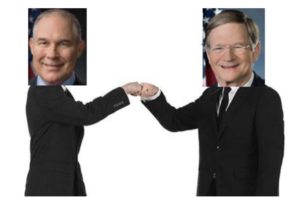 … If peas and carrots controlled environmental policy, while simultaneously denying essential scientific knowledge about that policy. Yes, Rep. Smith found the Bonnie to his Clyde in EPA Administrator and prolific scandal generator Scott Pruitt. Rep. Smith has tried, unsuccessfully, to get Congress to pass his “HONEST Act,” which would implement extraordinary new requirements on any study being used to develop regulations. Honestly, the real purpose of the his “HONEST Act” is to cripple the government’s ability to develop scientifically-based regulations.

That’s why Rep. Smith can’t get it through Congress. But with his new buddy Scott Pruitt, he’s been able to have the policy implemented administratively at EPA.

The Union of Concerned Scientists discovered this new policy and Rep. Smith’s role, guiding EPA’s development of it through three separate FOIA requests. Perhaps not surprisingly, the only real concern expressed by EPA staff and Rep. Smith’s office was that the newly proposed regulations would cause problems with registering new pesticides. No concerns were expressed for the safety of the people of TX 21.

Get to Know: Workers Defense Project 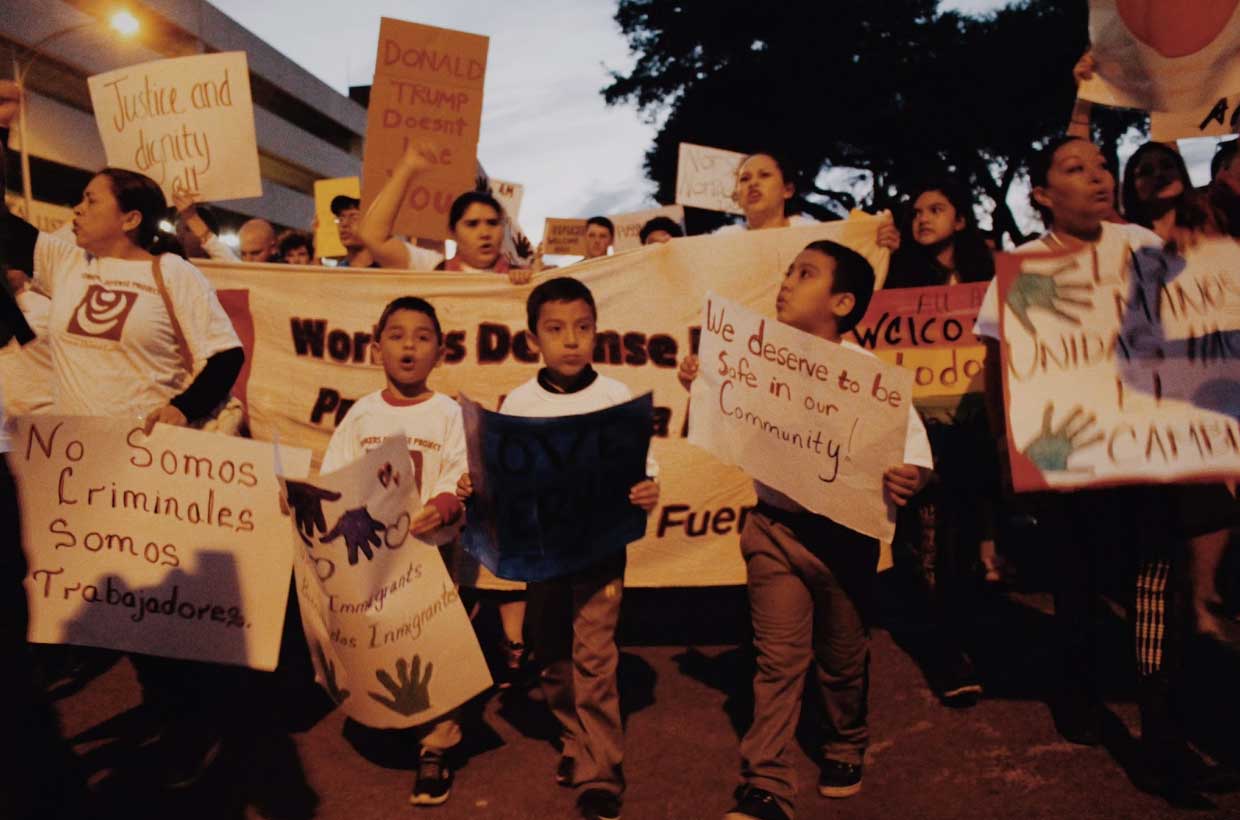 Workers Defense Project (WDP) is a membership-based organization that empowers low-income workers to achieve fair employment through education, direct services, organizing and strategic partnerships. WDP is a worker center that provides low-wage workers, concentrating on the construction industry, with legal solutions for wage theft, discrimination and injury cases, as well as ESL classes, safety classes, and the leadership development they need to improve their working and living conditions. With these important resources, WDP members are able to change the conditions that negatively impact working families.

In the wake of the 2016 election, WDP has renewed its commitment to fighting for the rights of low-wage workers and immigrants disproportionately affected by the policies of the current administration and its impact on local and statewide governance. This push back includes winning big changes in the construction industry and beyond, including:

Learn more about WDP and how you can get involved>> 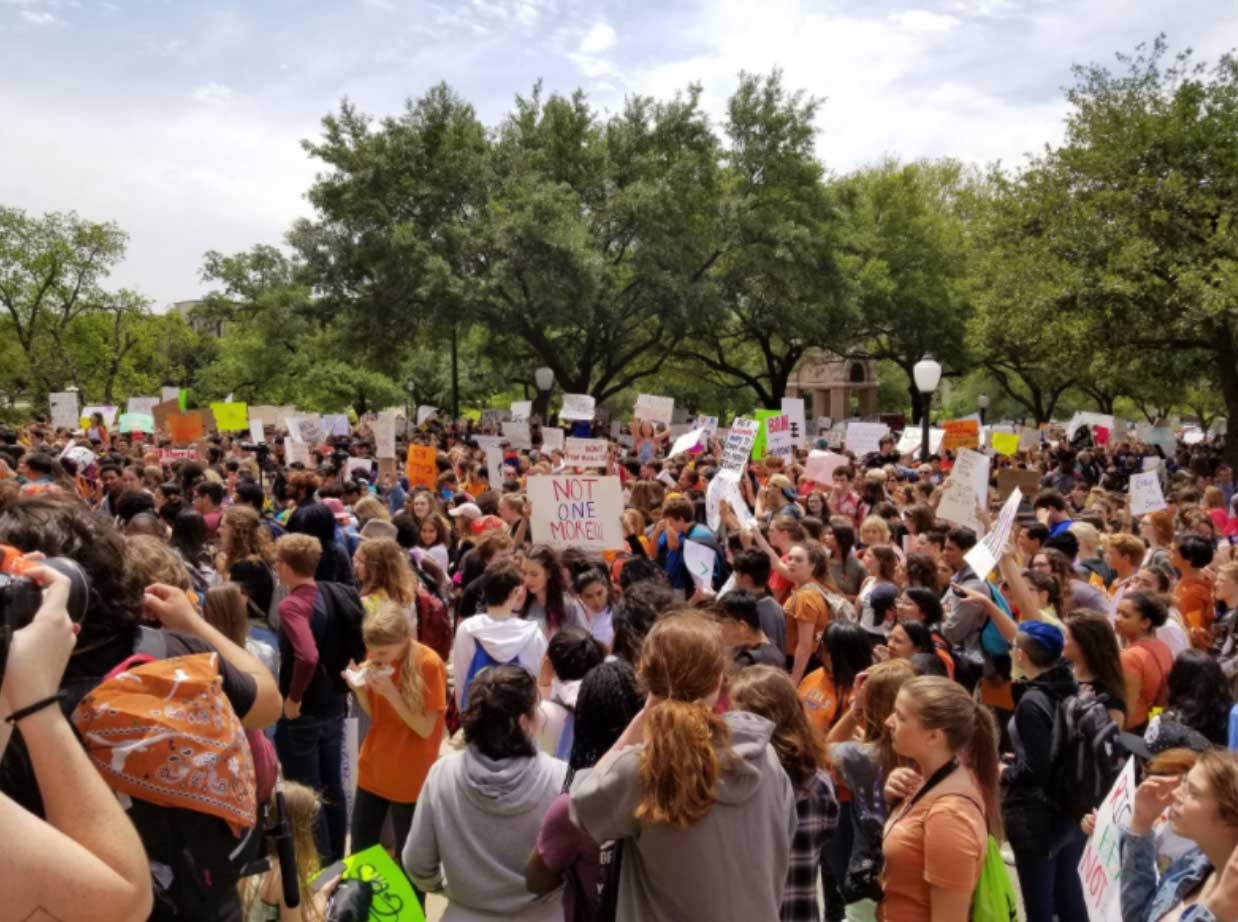 Dear lawmakers:
This is what the future looks like. Get ready.

On Thursday, April 20th, around 3,000 students assembled at the Texas Capitol Walkout for Gun Safety. In the words of one student speaker, they were “not just skipping school, but demanding change.” Students from across the broader Austin area converged on Wooldridge Park downtown before marching to the Capitol building for a rally. The program slate of speakers included students from many Austin-area schools, speaking from the heart about what it means to be part of the “Columbine generation,” and living with the daily threat of gun violence in their schools. State Rep. Eddie Rodriguez sponsored the students’ rally, and Rep. Lloyd Doggett, the only member of Congress to attend, was the opening speaker. The local event coincided with the 19th anniversary of the Columbine High School massacre, as well as the #NationalSchoolWalkout day of action. 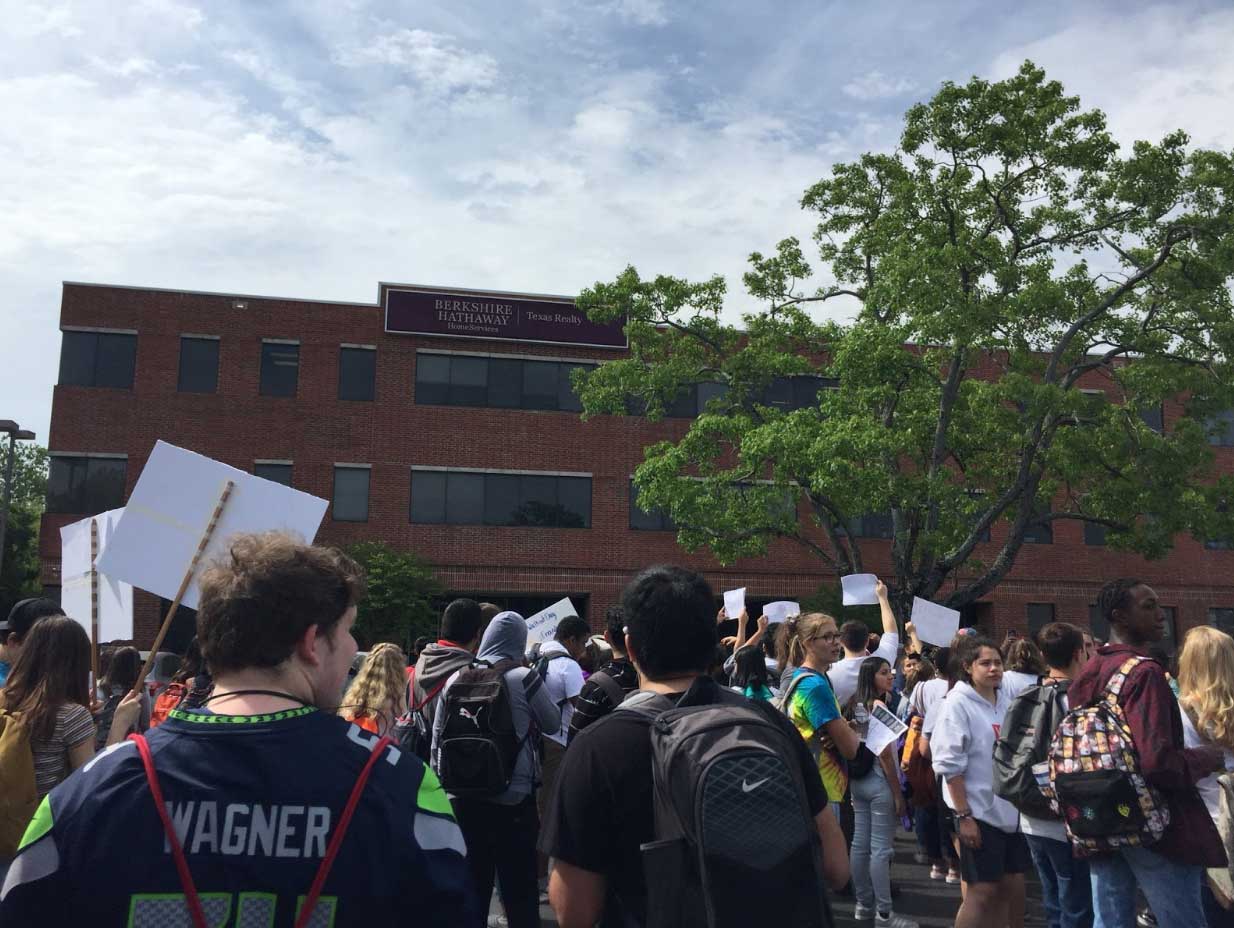 Also, up in TX-31, over 150 students joined by their principal (!) walked out of Stony Point High and marched to Rep. John Carter’s office to deliver a petition signed by over 1,200 students! Representatives of the group met with staff to present their demands for gun reform. They were greeted with donuts, and staff promised to keep dialogue open with them.

Click through to enjoy the simple pleasure of an otter chasing a balloon!