Mike Pompeo’s confirmation hearing for Secretary of State will likely happen on April 12. Call Sens. Cruz and Cornyn this week and tell them that they must say no to Pompeo!

Last week, Trump filed a “Title 32” request to send the National Guard to the Mexican border. This means that state governors can approve or deny the request. Gov. Abbott did not hesitate to say yes, and on Friday, 250 Texas National Guard troops headed south from Austin.

Troops have been sent to the border before, including under Presidents Obama and George W. Bush. Bear in mind, however, that Trump in the past has fantasized about sending 100,000 troops to the Mexican border–and that past militarization of the border has backfired. In 1997, Esequiel Hernandez Jr. became the first American civilian to be killed by active-duty military troops since the Kent State massacre.

While most of our reps are falling all over themselves to praise Trump’s diktat, at least one, Rep. Lloyd Doggett, strongly opposed it. Give his office a call at 512-916-5921 and let him know you appreciate his spine.

Diverting the National Guard to the Mexican border—the Guard will not be apprehending anyone, apparently only providing backup services & creating a militarized appearance. Over a billion dollars was wasted on largely ineffective use of the Guard for the same purpose previously.

Because Trump is a loser—a loser on his worthless wall, a loser on his bigotry, and now a loser with our tax money on this latest venture.

.@DanPatrick on @FoxNews talking Trump's National Guard deployment: "We welcome them, and I hope he leaves them here until hell freezes over or the wall is built. … We’re all in in Texas with President Trump on this issue." #txlege 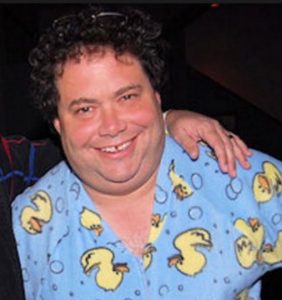 Rep. Blake Farenthold (TX-27) resigned abruptly last week, after previously stating that he would finish this term in Congress. As of this writing he still had not paid back the $84,000 of taxpayer money used to settle a gender-discrimination lawsuit filed by a former aide. With Farenthold’s resignation, the House Ethics Committee’s investigation into additional misconduct will cease.

Texas’s 27th Congressional District includes parts of Bastrop County. According to the Statesman, it will be up to Gov. Abbott to decide whether to call a Special Election prior to November. There is already a May 22 runoff election to succeed Farenthold, in both the Republican and Democratic primaries.

Rep Lloyd Doggett and Rep Eddie Rodriguez, pictured above, speak with students about gun violence and gun violence prevention in Texas. All area Members of Congress and congressional candidates were invited to participate in this student-led town hall.

Twenty-four students from a range of Austin-area middle schools, high schools, and universities held a wide-ranging discussion on the realities and fears of going to school in an era when mass shootings are a scary fact of life. 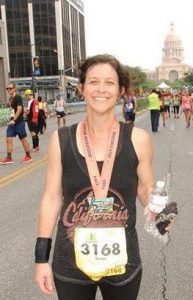 Susan “George” Schorn is active with TX21 Indivisible and Indivisible Austin. She leads workshops on protest safety and verbal self-defense, and is honing her skills as a prankster in the LOLt-right Marching Band aka “Clowns for Truth.”

“Violence is ultimately how we enforce injustice,” says Schorn. “So that’s the evil I’ve always chosen to fight. And it’s going on everywhere I look right now.”

Read more in our Q&A with George Schorn >>

Fifty years ago, Martin Luther King, Jr. was assassinated. Today, his legacy motivates many, including these 20 young people from around our country. In the words of Santos Amaya Guevara: “[W]hen we are quiet about the things that matter, darkness gets stronger, injustice rules, and people suffer. This is why I believe that there is power in fighting for what we believe in, especially us, the youth.”