On March 13, 2018 Democrat Conor Lamb won the special election for Pennsylvania’s 18th Congressional District—which Trump carried by almost 20 points. Running for an open seat is generally easier than running against an incumbent, but it’s worth noting that Trump won by a smaller margin in every one of Austin’s “safe” GOP House districts.

Let’s break it down. 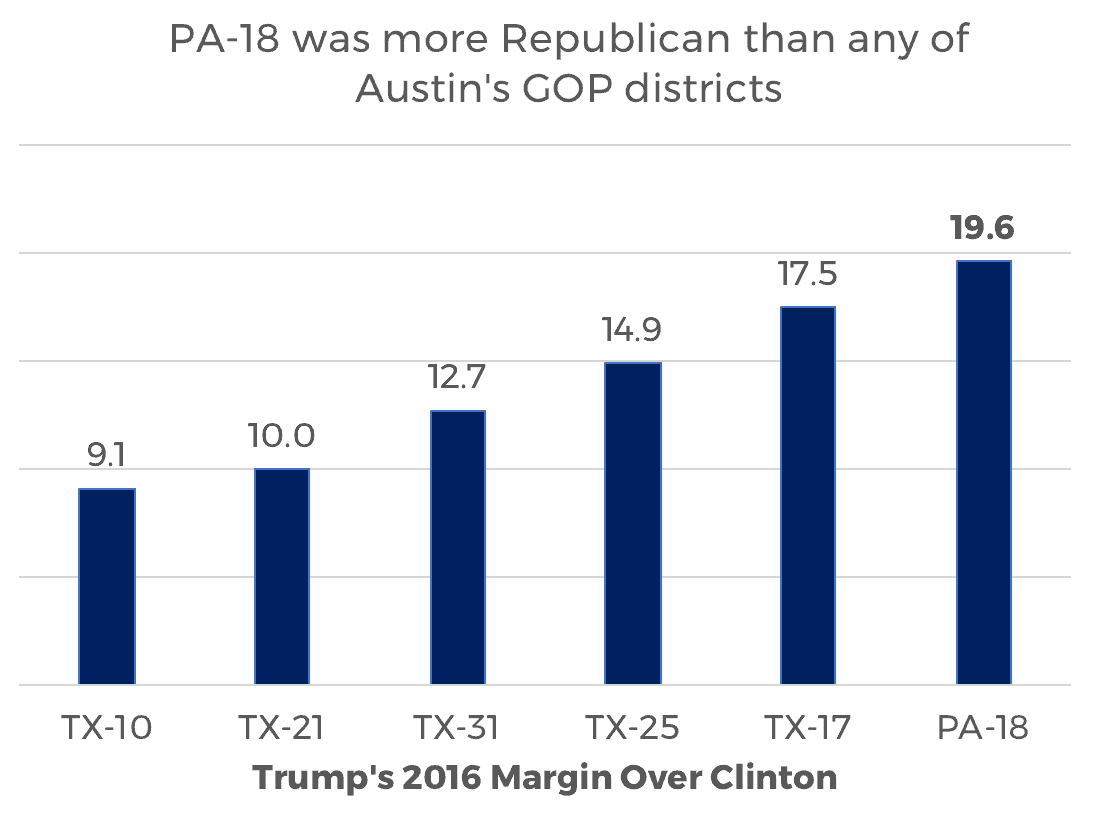 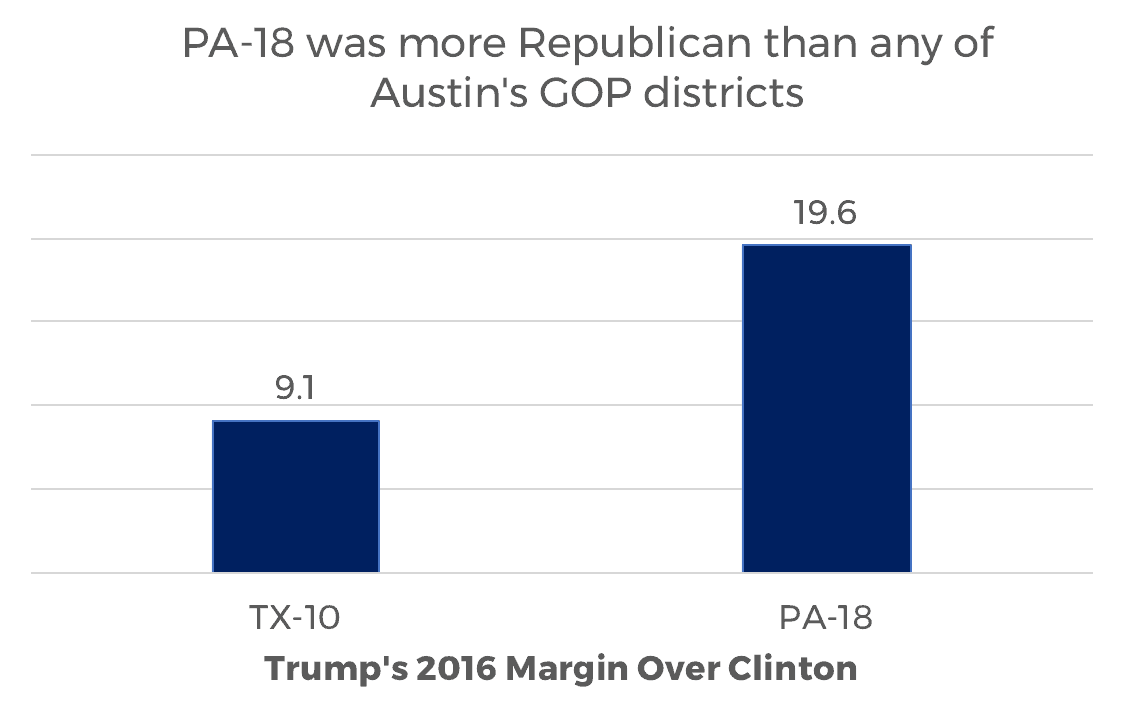 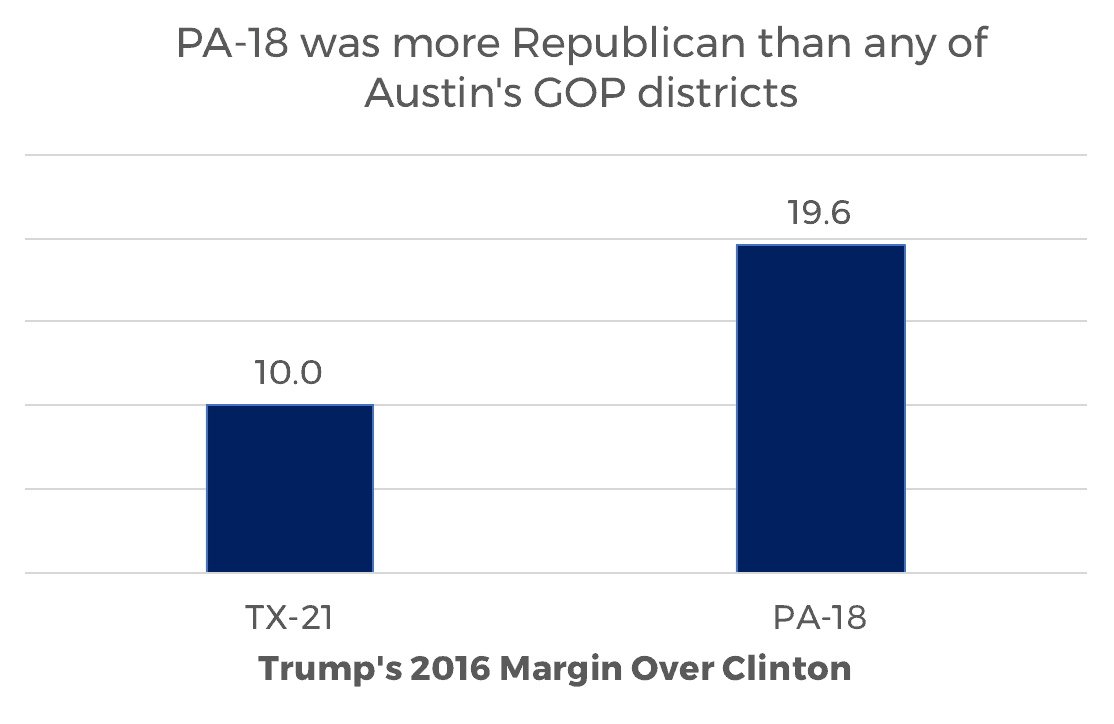 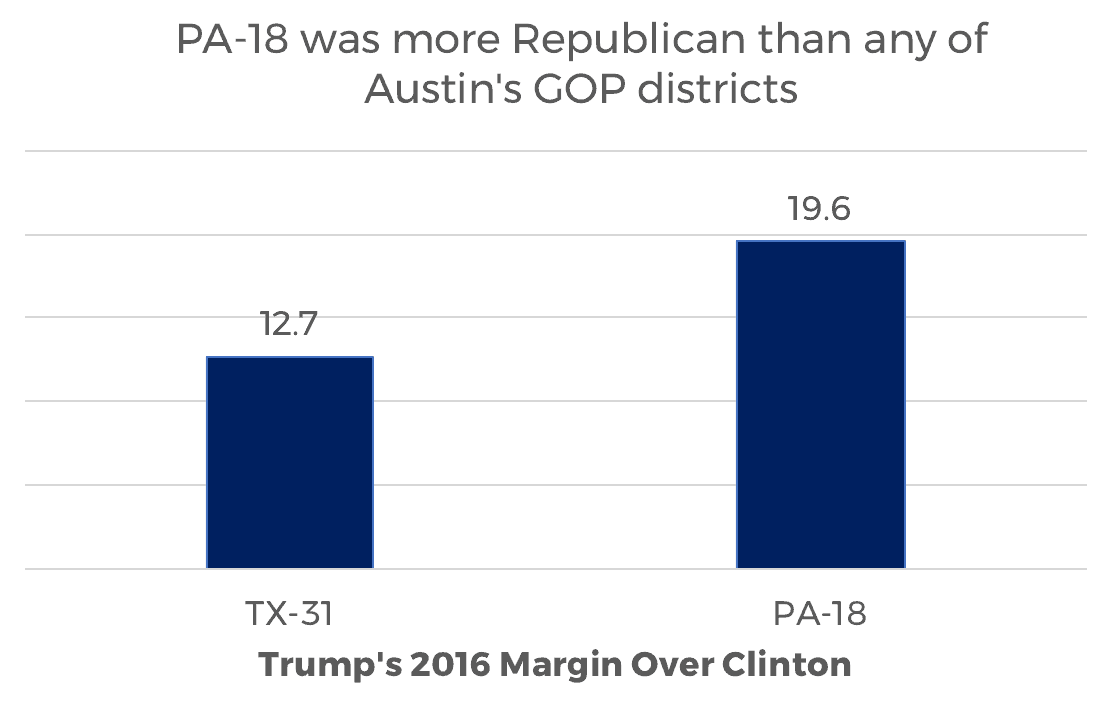 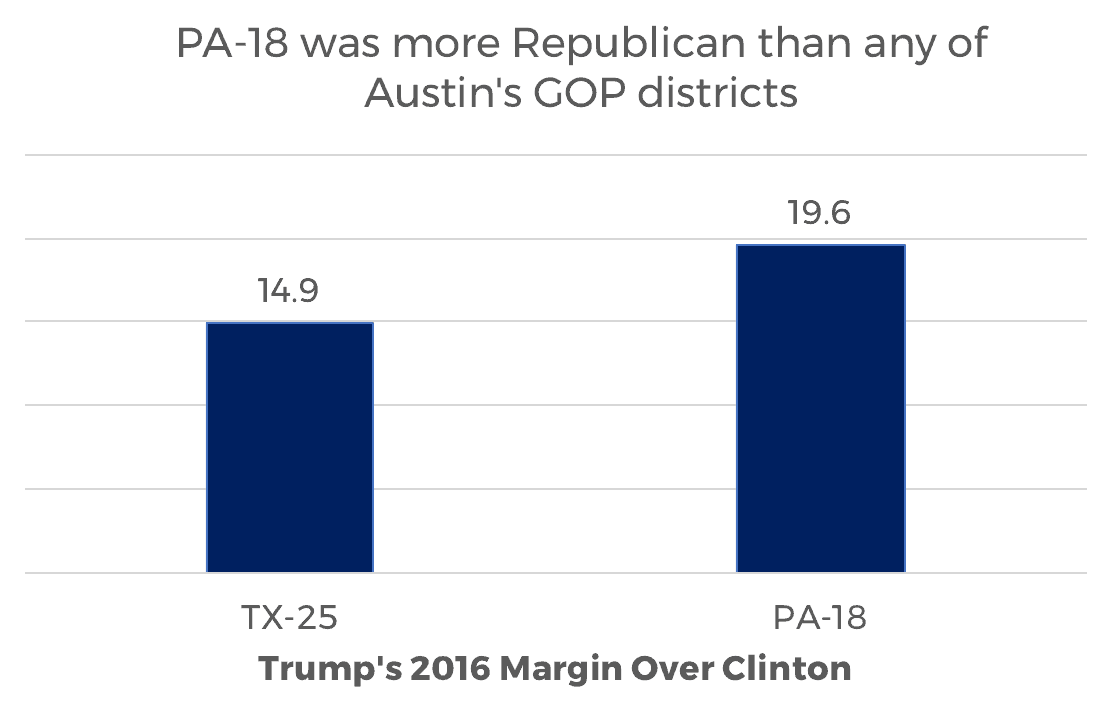 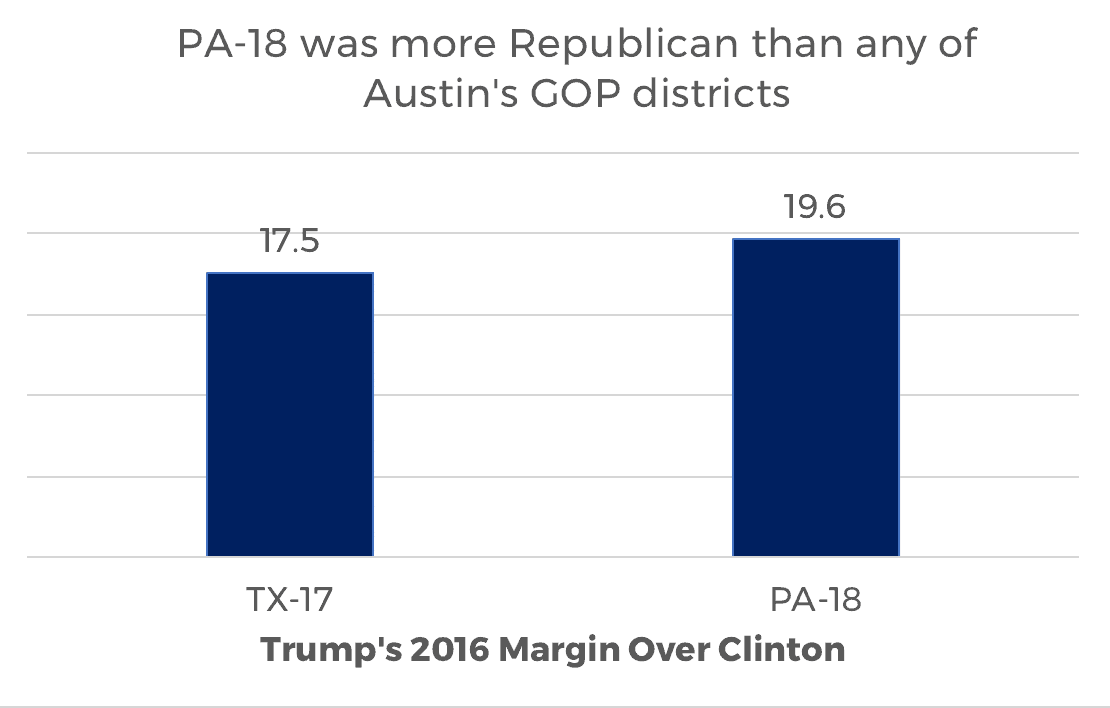 Of course, none of this matters if people don’t get out and vote, beginning with the runoff elections in May and then the midterms in November.

(NOTE: When you vote in the runoff you must vote in the same party election as you did in the primary. You cannot switch to vote in the other party’s election.)

Tracking Congress In The Age Of Trump (FiveThirtyEight)