Fight Back on Concealed Carry Reciprocity

As we watched the #NRAboycott unfold over the weekend, and as we sat in our local Moms Demand Action meeting with over 300 people (and nearly 100 outside), Congress is considering a bill that is a top priority of the NRA.

Concealed carry reciprocity would require states to recognize the gun laws of other states, even when they are less protective than that state’s existing laws. Texas has pretty reasonable concealed carry restrictions, but gun owners from states with minimal restrictions like Florida’s would be able to legally carry their weapons anywhere, whether or not they travel to a state that would normally have prohibited them from carrying a gun. This bill has already passed the House, and the Senate is expected to bring it up this year. Read the Indivisible Guide resource on the Concealed Carry Reciprocity Act and use the call scripts to contact Sens. Cornyn and Cruz before this bill comes up for a vote!

Just five days are left in early primary voting. People in Travis County are voting like their lives depend on it, beating turnout in the last two presidential elections with unheard-of numbers. Here’s what Bruce Elfant, Travis County’s Tax Assessor and voter registrar, has to say about it: 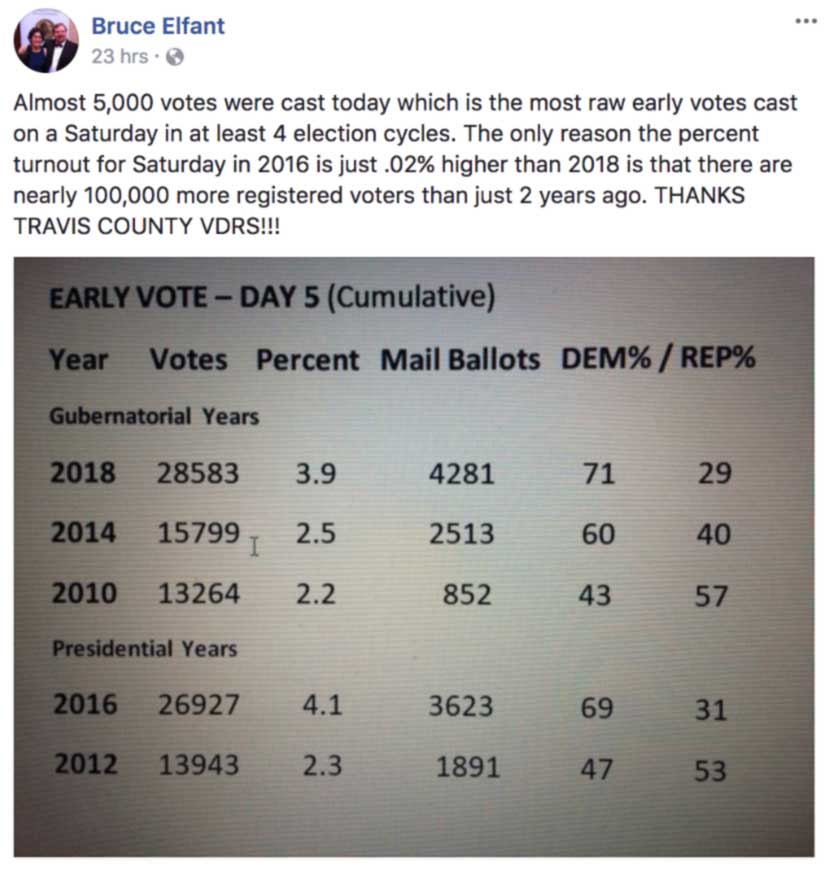 Make sure you add yourself to the total. Use our resource page to help you get ready to vote this week. Tag @indivisibleatx on Twitter with a pic of your I VOTED sticker and use the hashtag #BeATexasVoter.

Also, read how your voices are making a difference with our weekly success stories! 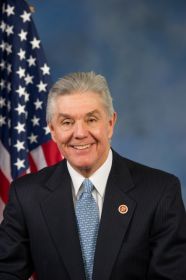 This week we’re calling out the alleged “deficit hawks” in Congress. Among the most hawkish is Rep. Roger Williams in TX-25, who has said that adding to the national debt is “morally wrong.”

Last September, Rep. Williams complained that the $15 billion Hurricane Harvey aid package was tied to a suspension of the debt ceiling. (He grudgingly voted yes.)

In October, he voted against the $36.5 billion aid package for Hurricane Maria survivors in Puerto Rico and the U.S. Virgin Islands.

But, in December, Rep. Roger Williams enthusiastically embraced adding almost $1.5 trillion to the national debt for the Tax Cuts and Jobs Act.

It’s one thing to be a principled conservative who opposes adding to the national debt. But when you cherry-pick the issues about you have principles, you lose all credibility.

With the news that there 100,000 MORE REGISTERED VOTERS (!!!!) in Travis County this year than in 2016, let’s give a huge round of applause to our local volunteer deputy registrars! If you want to join the cool crowd and get folks registered in time for the May runoffs (deadline to register is April 23), you can get trained on Saturday, March 3!

NowThisNews reported on Laura’s situation over the weekend:

This young immigrant was sexually assaulted in custody — but ICE won't allow her to get help pic.twitter.com/w4dpmUdmMp

Laura Monterrosa came from El Salvador seeking asylum. Since she’s been detained at the privately-run T. Don Hutto “Residential” Center, she’s been sexually assaulted, put in solitary confinement to pressure her to recant during the FBI investigation, and most recently, attempted suicide for a second time. Grassroots Leadership, fighting against prison profiteering, mass incarceration, deportation and criminalization since 1980, has been leading the fight for Laura. In the face of mounting public pressure, ICE has now banned all known Grassroots Leadership staff and even elected officials from visiting Laura. The Grassroots team needs OUR help to go in where they can’t any longer. Sign up for shifts to go visit Laura here, or email Bethany Carson if you’d like to lead a three-hour shift orienting new visitors. As long as Laura has visitors, she can’t be in solitary confinement.

Meet this rooster named Frog and his favorite girl, Savannah:

Win Tickets to Pod Save America

GOOD NEWS! You’re already entered for a chance to win tickets to Pod Save America.

BETTER NEWS! You can increase your chances to win by encouraging your friends to sign up for the Indivisible Austin email list. Send them to the link below and be sure to have them enter your information under “Who sent you?” 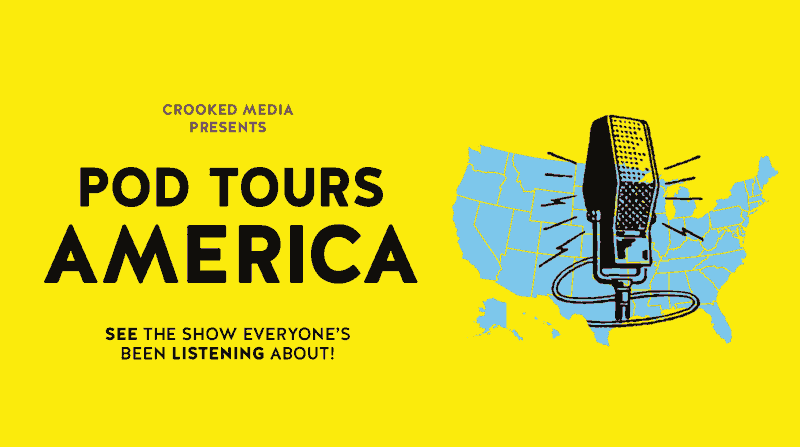