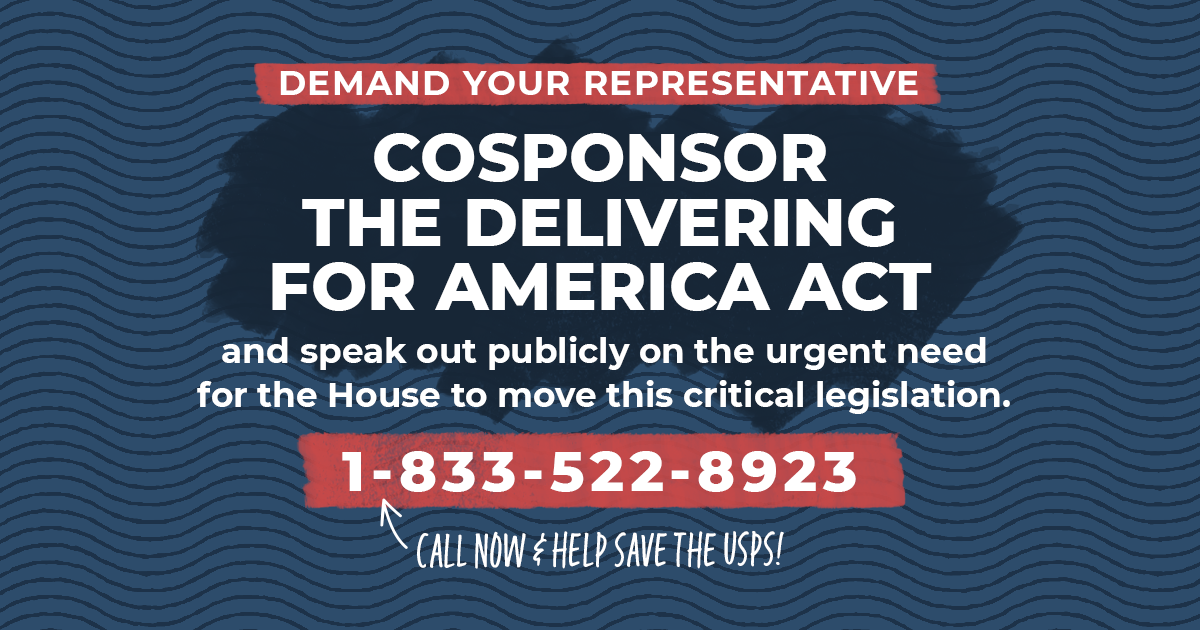 Trump’s gutting of the United States Postal Services affects more than mail-in ballots. It impacts veterans receiving lifesaving prescription medication; homeowners paying mortgages; grandparents sending birthday cards. USPS is enshrined in the Constitution. And Trump and his congressional enablers are willing to burn it to the ground. Ready to fight back? Here are some things you can do.

Use this tool to connect immediately to your House rep and ask them to cosponsor the Delivering for America Act, which would maintain current service standards as well as the integrity of our elections and bedrock democratic principles. Calling is important—let’s light up the phones like it’s 2017.

After you call, send a letter to your House rep and both Senators. Ask them, basically, WTF? Tell them to fund the post office fully. Tell them how mail delays affect you and your loved ones. Make it personal. Make it heartwrenching.

Spread the word: tell everyone you know to text USPS to 977-79 and Indivisible will send send them the link to the script and offer to connect them to their Rep. Share this on social media too!

Special action for TX17 constituents: Rep. Bill Flores responded to our tweet about the USPS, and claims to care that veterans are not receiving lifesaving prescriptions. Call his ass and hold him to it: (512) 373-3378.

Ready to do even more to #SavetheUSPS? Join the campaign at usmailnotforsale.org

Spread the word that Travis County voters can text Register to 48683 to be registered to vote. Forms will be mailed, with a paid return envelope—sent via USPS, so get started now.

Travis County's voter registrar, Bruce Elfant, has launched a contact-less voter registration effort in the Austin area after months of depressed registration ahead of the presidential election. It's an effort to streamline the registration process in a state without online reg. pic.twitter.com/5UxOiYNzMH

Why Democrats Need to Play to Win in Texas (Dan Pfeiffer)

11 a.m. Details on Austin locations TBD. Show up at local post offices across the country to save the post office from Trump and declare that Postmaster General Louis DeJoy must resign.

1 p.m. It’s time to hold Senator Cornyn accountable for his actions! Please join us and help spread the word about our Texas Payback Project Rally where Texans will gather on Zoom to discuss how Cornyn has failed us and what we can do to flip his seat in November. We’ll cover racism, the environment, and health care specifically during this event through videos and live speakers. We’ll also hear from his opponent, MJ Hegar, on how she plans to do things differently if elected. Hope to see you there!

RSVP for the August 22 Payback Rally

Zoom With James and Julián!

A virtual conversation with State Representative James Talarico and Secretary Julián Castro to discuss the state of our country, life in the Lone Star State, and the importance of flipping the Texas House in 2020. ($$)

Why get up when you can howl lying down?#WednesdayMotivation pic.twitter.com/ChusKYC076