The real outrage is that Trump was personally briefed about this in February. Since then the only significant measure he has taken with regards to Russia, was to attempt to bring them back into the G8, a major boon to Putin. 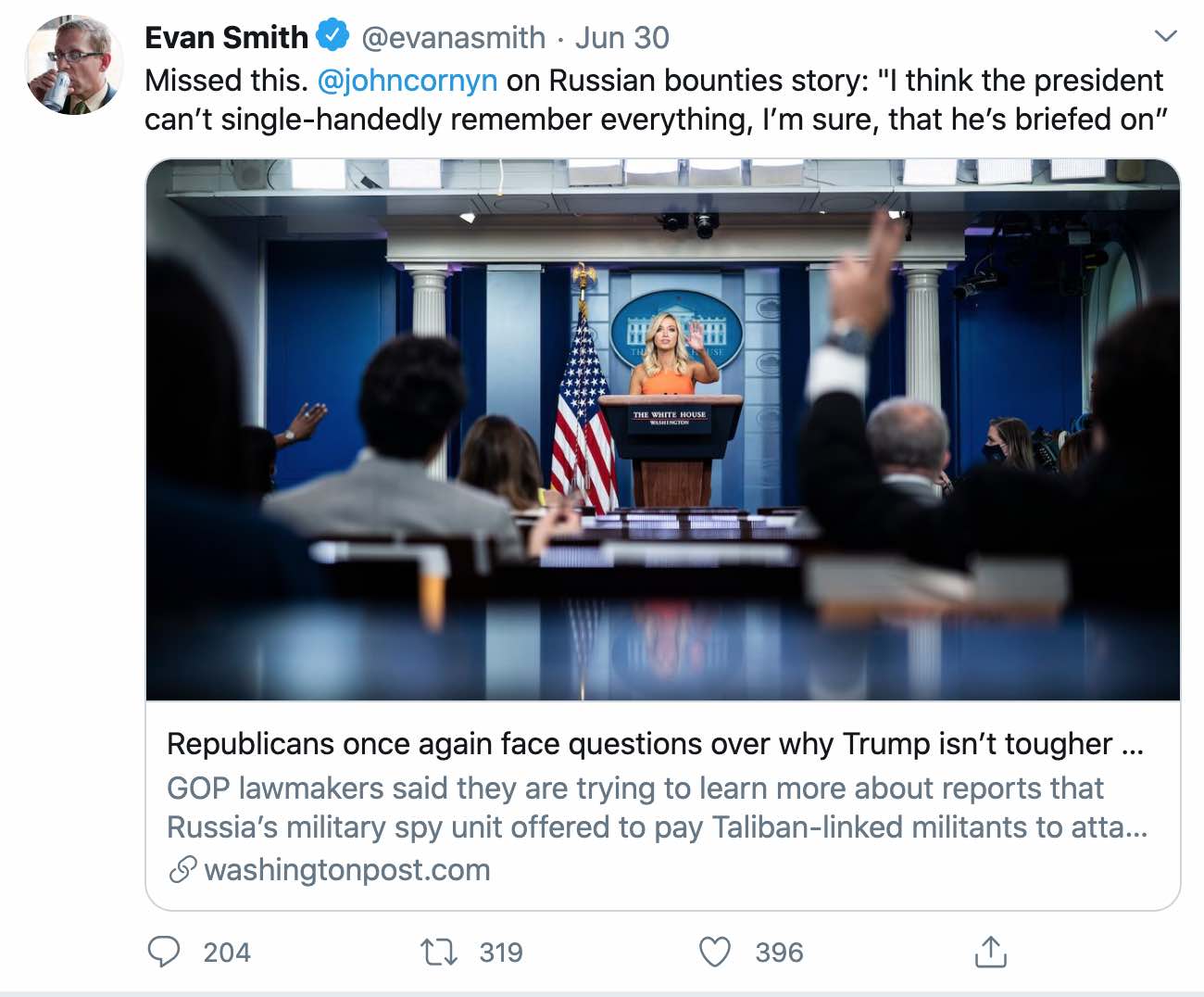