“Nobody disputes the fact that they were unsuccessful in changing a single vote or affecting the outcome.”
—Sen. John Cornyn, speaking on the Senate floor after Trump’s abysmal, traitorous performance in Helsinki.

It’s a lie. And a common lie among Republicans unwilling to accept an uncomfortable truth: that Russian information warfare might very well have swung the election to Trump.

Because it seems like a year ago, read the Washington Post’s chronology of the Helsinki debacle to refresh your memory. Then, call your reps!

Talking Points
(with a hat tip to Celeste Pewter)

“Given the additional indictments concerning attempts to hack into our election system, and with November midterms coming up, I would like to know how Secretary Pablos is protecting the integrity of elections in Texas.”

During Elena Kagan’s nomination process, 11,000 of her emails and 160,000 documents from her tenure in the Clinton White House were released to the public. So why would Brett Kavanaugh—who served in the George W. Bush White House—be treated any differently? That is the question for Senators Cornyn and Cruz, both of whom serve on the Senate Judiciary Committee. Call and ask them. We have a right to know.

Ryan Bounds' racially-charged college writings convinced Republicans to oppose his nomination to the 9th Circuit. How can Republicans possibly argue that Brett Kavanaugh's records from the WHITE HOUSE aren't relevant to a Supreme Court nomination? #ReleaseTheRecords

Our government continues to separate families at the border and putting toddlers on trial—demand a stop to it!

The Russia news overshadowed the ongoing border crisis last week. It’s important to remain focused on the cruelty that the Trump administration continues to inflict on blameless children and their frequently desperate parents. July 26th is the court-ordered deadline to reunite most families. The Texas Tribune has expanded its coverage at the border. Get caught up—and then call your reps.

“The Trump administration has summoned at least 70 infants to immigration court for their own deportation proceedings since Oct. 1, according to Justice Department data provided to Kaiser Health News.”

—Texas Tribune, “Immigrant infants too young to talk called into court to defend themselves”

“On the brink of being released from detention and reunited with children separated from them sometimes months ago, migrant parents are held at a South Texas facility in a sort of limbo — not free to leave, but without access to phones or commissary accounts that regular detainees get.”

Indivisible Austin: Tired of calling your reps? Write a letter to the editor! >> 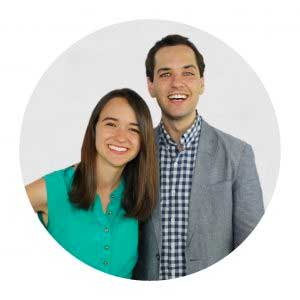 Sunday, Jul. 29, 1-3 PM, Austin History Center Come join Indivisible Austin and our special guests, Indivisible founders and co-executive directors Leah Greenberg and Ezra Levin, at our #BeATexasVoter kickoff phone bank! We’ll be just about 100 days out from the November midterms, and we’re celebrating by calling prospective voters to make sure they know why this election is so important, and to get them engaged NOW so they’re ready to go to the polls as soon as early voting starts. There will be snacks and swag for all phone bankers!

YOU WILL NEED TO BRING:

If you’ve never participated in a phone bank, it’s easy! We’ll teach you!

Without a doubt, and this is saying something, @JohnCornyn is the worst member of the U.S. Senate. Sniveling, cowardly and stupid as an addled coyote. https://t.co/F0QJWU65VA

You made it! You’re all the way at the bottom of the email, but if you look back at the top you’ll see something very important: Help Lead Indivisible Austin’s GOTV Work.

We have to knock on doors, call, text, mail, organize and build community throughout Central Texas to do our part to bring some accountability and decency to DC and to our own capitol here in Austin.

You know how important this is. Be a part of the solution by supporting our efforts NOW so we can bring change in November.