On Friday, April 20, students from across Austin will walk out of their schools as part of the ongoing student-led movement to demand stronger gun legislation that protects our schools and communities. They’ll converge at the Capitol for an afternoon of education, activism, voter registration, and more. We’ll be at the Capitol from 12:30-3:30.

On Saturday, April 21, we’ll be at the citywide Earth Day festival at Huston-Tillotson. This is shaping up to be an amazing day, starting with a march from the Capitol to the HT campus. We’ll be at HT from NOON until about 6 p.m.

Call your reps about Trump’s “sustained response” to Syria

Last week’s bombing in Syria raises many questions about the US commitment there, the legality of the campaign, and what to do about the ever-growing refugee crisis. We’re borrowing this week’s script from Celeste Pewter. Call Cruz, Cornyn, and your House rep, and demand the following:

If you’re ever in need of something to call your senators about, there’s always a terrible nominee or two to get you started! The latest nominees with a Texas connection are Wendy Vitter and David S. Morales. Vitter is nominated to a federal judgeship (lifetime appointment), and her history shows immense hostility toward reproductive freedom (she has made unsubstantiated claims linking birth control pills to a number of medical conditions  and “violent deaths” while also lying about abortion). She also lied and omitted significant controversial statements in an effort to hide her real opinions from the Judiciary Committee. And yet she claims she can set aside her extremist views and be a fair-minded judge.

Call Sens. Cruz and Cornyn and ask them not to confirm this nominee.

David S. Morales intervened to shut down the Texas attorney general’s investigation into Trump University. As you may recall, Trump U defrauded nearly 500 Texans of of millions of dollars, and Paxton was set to file suit for $5.4 million in damages on their behalf. And then…he didn’t. Morales claims to be the person who made the suit go away. In 2013 and 2014 Trump donated $35,000 to Greg Abbott’s election campaign. Now it appears Trump has nominated Abbott’s errand boy as a reward.

Sens. Cornyn and Cruz are both on record supporting Morales, but they should know we’re watching them. 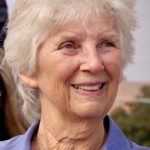 Karen Collins is everywhere. She’s on an I-35 overpass holding a “Repeal and Replace Ted Cruz Banner” (copies of which she has sent to activists all around Texas). She’s counter-protesting Nazis. She’s attending civil-disobedience workshops. She’s registering voters at candidate forums. She’s blockwalking. She’s organizing in the Indivisible Rosedale Huddle.

Karen is also the subject of the short film, “Liberty Hill,” which debuted at SXSW and was directed by another Indivisible organizer, Katie Graham. And recently, she received a standing ovation at one of the Austin Town Halls for Our Lives.

Read our Q&A with Karen Collins >>

“A lot of the attractive children are not making it to the border.”

That’s what Rep. John Carter said to Rep. John Culberson at a hearing about US immigration and border agencies. You can watch the video here.

What did he mean by this? The most generous interpretation, which we’re willing to entertain, is that it was a malapropism: That he meant only to express concern for immigrant children who fall victim to traffickers.

Whatever he meant, in the past he has expressed little concern for immigrants. Let’s go down the list:

So whatever the hell Rep. Carter meant by “attractive children,” it’s not a good look. In normal times, this would have been a career-ender. If you’re in TX-31, one step toward normalcy is to tell Rep. Carter to step down.

A YouTuber chalked a hopscotch game and filmed the people who played it!