Read how your voices are making a difference >> 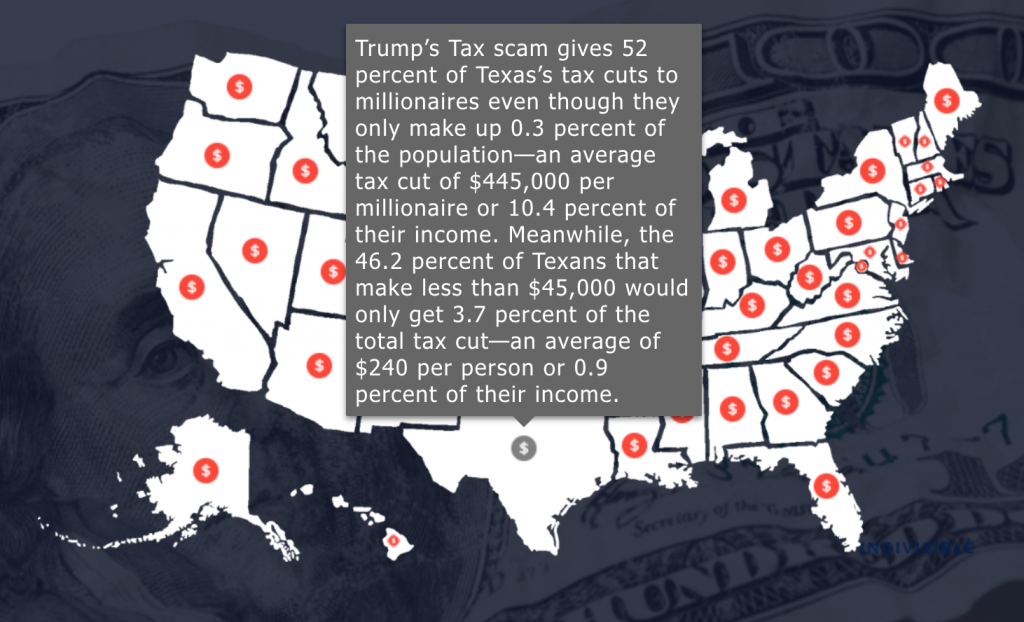 Before you lapse into a Thanksgiving food coma this week, here are a few ways to fight tax breaks for billionaires on the backs of the middle class.

Next month, “Meet and Confer” negotiations resume. Just Liberty and the Austin Justice Coalition have developed new resources to educate the public.

Thank you for working across the aisle on commonsense gun legislation. A majority of mass shooters in this country have histories of domestic violence, and we’re glad that Sen. Cornyn is working in a bipartisan way to address gaps in the background check system that allow people with dangerous histories to obtain firearms. We hope this signals a willingness to take additional steps to confront the epidemic of gun violence in our country.

Your colleague, John Cornyn, has cosponsored a bipartisan bill to address gaps in the background check system that allow people with dangerous histories to obtain firearms. I encourage Sen. Cruz to join his colleague and add his name to this bill. Almost 10 percent of Sutherland Springs’ population was wounded or murdered by gunfire. If that is not enough to get Senator Cruz’s attention on gun violence, then what is?

Read more about the bipartisan bill >>

Thank you for your persistence in the resistance.

Indivisible Austin began as a lowly Twitter account almost one year ago. Today we are a 501(c)(4) nonprofit organization harnessing the collective power of multiple Indivisible groups in Central Texas. If you are not already involved with one of these groups, please check them out.

And most of all, thank you for your voices, your activism, and for showing up. Together we will win.