If you are member of the media, please send inquiries to media@indivisibleaustin.com

They call themselves "tiny jazz hands" as a tribute to the president. pic.twitter.com/svaEGx8lFe 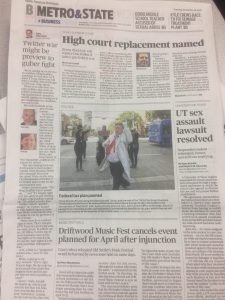 Grassroots group ‘Indivisible’ gears up for next election (KXAN)